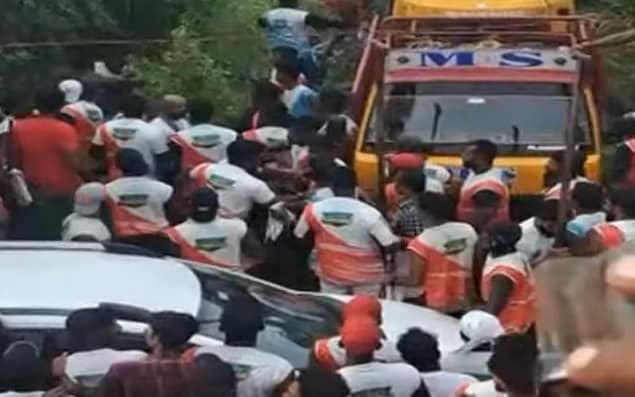 Alappuzha: A fight ensued between contestants and locals who attended the Champions Boat League (CBL) held on Kayamkulam lake on Saturday. The fight broke out after the boat race ended, leaving two seriously injured.

The fight continued for almost half an hour before police intervened and dispersed the crowd. Several people were injured in the incident.

Meanwhile, Nadgubhagam Chundan, rowed by NCDC Boat Club (Mighty Oars), came first in the race, followed by Mahadevikad Kattil Thekkethil Chundan, rowed by Pallathuruthy Boat Club. Kerala Police Boat Club clinched third place. The next round in the CBL season will be held on the Kallada river in Kollam on November 19.