Senior Congress leaders from Kerala remain hostile to Shashi Tharoor, no one to meet him in TVM 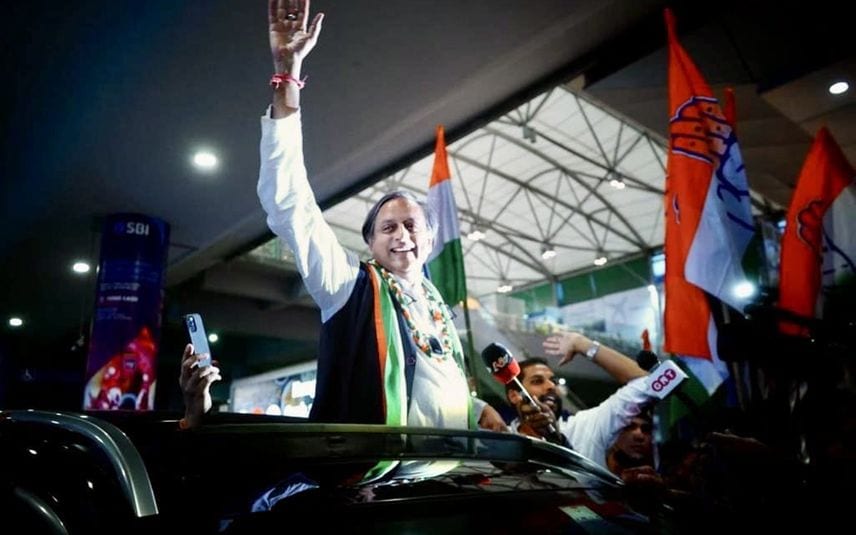 Thiruvananthapuram: Shashi Tharoor, who arrived in Kerala, asserted that he will receive ‘conscience votes’ in the election to the post of Congress president. Tharoor will ring up the members to request their votes.

Though the senior leaders in Congress were in Thiruvananthapuram, they refrained from visiting Shashi Tharoor. KPCC president K Sidhakaran left Indira Bhavan soon before Shashi Tharoor reached there.

Tharoor stated that the Congress party has no official candidate in this election and the party has directed its office bearers not to campaign for anyone. When enquired about the absence of Congress leaders in welcoming Tharoor at Indira Bhavan, he said that they might be scared of the media. “I and Kharge are seeking votes by abiding by the party’s election guidelines. A free and fair election has to take place,” said Tharoor.

K Sudhakaran and VD Satheesan have openly indicated support to Tharoor’s opponent. KPCC leadership had launched campaigns claiming Kharge as the official candidate and condemned Tharoor for not withdrawing his nomination. Leaders like Kodikunnil Suresh has openly hinted his support to Kharge, by claiming that he is the Dalit face of the party. The young Congress leaders, who had earlier declared their support for Tharoor also remain silent now.

Rahul Gandhi was asked to request me to withdraw from Cong prez poll: Shashi Tharoor

Tharoor voices support of youth; says he will hold talks with Sudhakaran