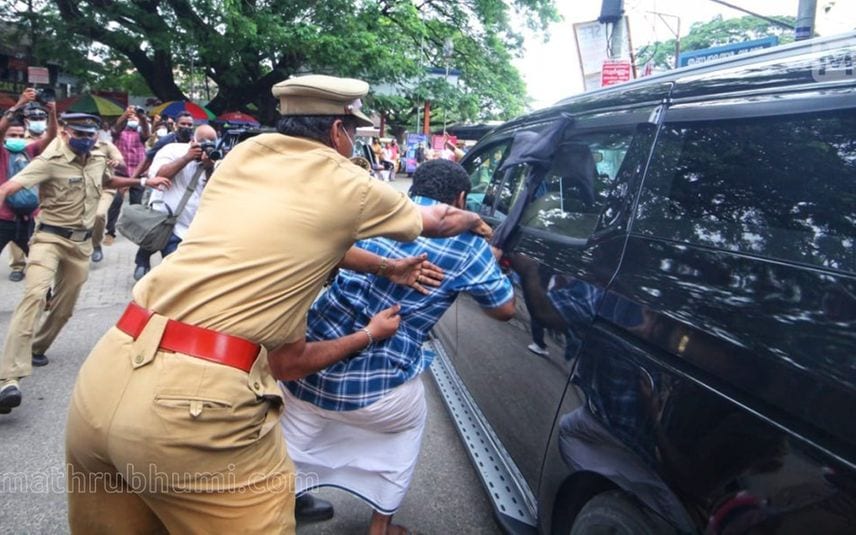 Kochi: The state police chief Anil Kant ordered to transferred Elamakkara Station SHO over the security lapses during Chief Minister Pinarayi Vijayan's visit to Kochi. SHO G Sabu, who was in charge of the security, was transferred to Vadanappally Police Station on Saturday.

However, the transfer order was issued without citing the security lapses during CM's visit in the city. CM Pinarayi Vijayan visited Kochi to inaugurate the CTP machine at Kakkanad Government press on Friday. Youth Congress workers tried to stop the CM's vehicle near Kakkanad junction when he was returning to Thiruvananthapuram after the function. Youth Congress leader Sony Panadhanam jumped in front of CM's vehicle.

Fortunately, the driver expertly played a part in avoiding an accident. Following this, the protester waved a black flag and pounded on the car's window. A Policeman who accompanied the CM nabbed the Youth Congress leader. Sony and the policeman Arun Kumar suffered injuries during the scuffle. Later, police arrested Sony and remanded him.