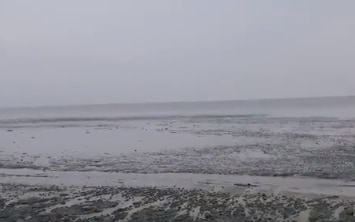 The district administration, however, said that there is no tsunami warning as of now.

District Collector Narasimhugari T L Reddy issued a warning to the locals asking them not to venture into the sea bed.

"The seawater receded around 30 metres in the evening. Later, it gradually receded to around 50-70 metres. However, since it is night time, we cannot measure the distance as of now," Reddy told PTI.

He said the locals have claimed that it happens once in a year.