School reopening: 'Happiness Curriculum' to be followed, attendance not mandatory in the first month 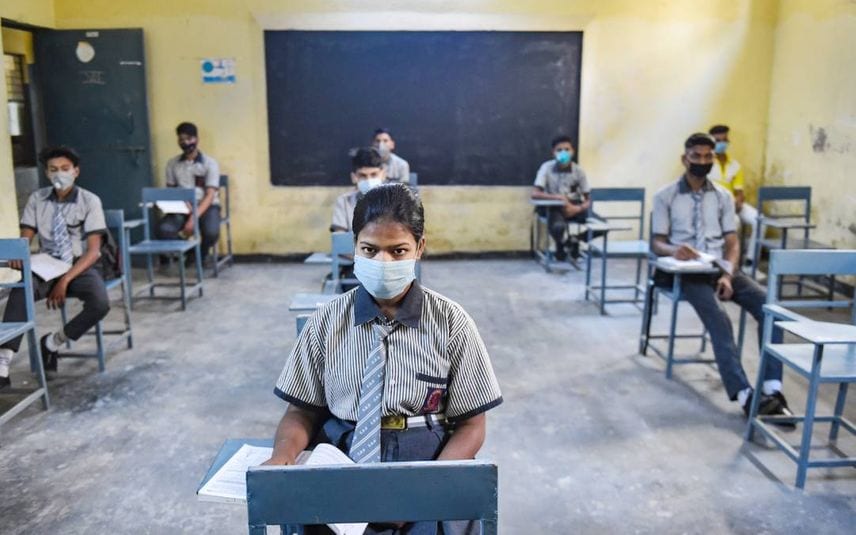 Thiruvananthapuram: Daily attendance and school uniforms are not mandatory following the first month of school reopening on November one.

The decision was taken at a meeting held between teachers' unions and the state government to prepare guidelines to be followed for school reopening. Decision has also been taken to limit the strength of students to 25 percent per shift. Meanwhile, the teachers' unions have suggested to admit 20-30 students per class. If this proposal is accepted, classes can only be held on alternative days.

The meeting suggested to follow ‘happiness curriculum’ instead of starting classes directly. The government had earlier made it clear that school uniforms would not be mandatory. It has also been decided that attendance will not be compulsory. The teachers' unions have demanded to provide financial assistance to complete maintenance and repair of schools. The government is of the view that such requirements should be met with the participation of the PTAs.

The final guideline will be released on October five. Prior to that, the opinions and grievances of teachers will be heard. The final draft of the guideline would only be prepared after a meeting with the student’s organisations.

Tribal children beaten up by neighbour in Wayanad for playing in his paddy ...