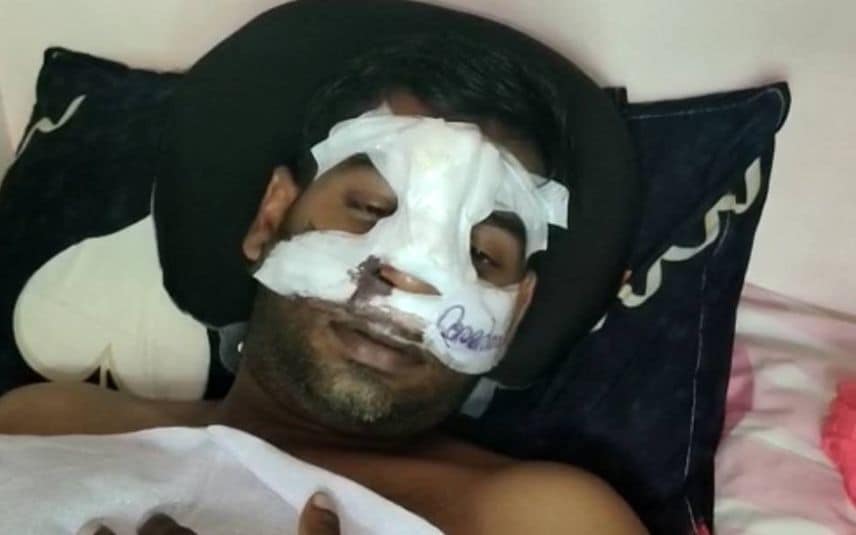 Locals, including Anu, had complained to the police alleging that students of a nearby school were using ganja and doing bike stunts. Although he initially complained to the school, he approached the Ayiroor police after the students started to harass him.

On March 31 night, students attacked Anu while he was returning home after attending a festival at a nearby temple. He was brutally beaten after throwing a stone in the face. He has fractures to his facial bones. The seriously injured youth has been admitted to Varkala Taluk Hospital and later to Fort Hospital.

Anu's family has complained to the Ayirur police and Varkala DySP along with CCTV footage against the school students. Ayirur police have registered a case and launched an investigation.