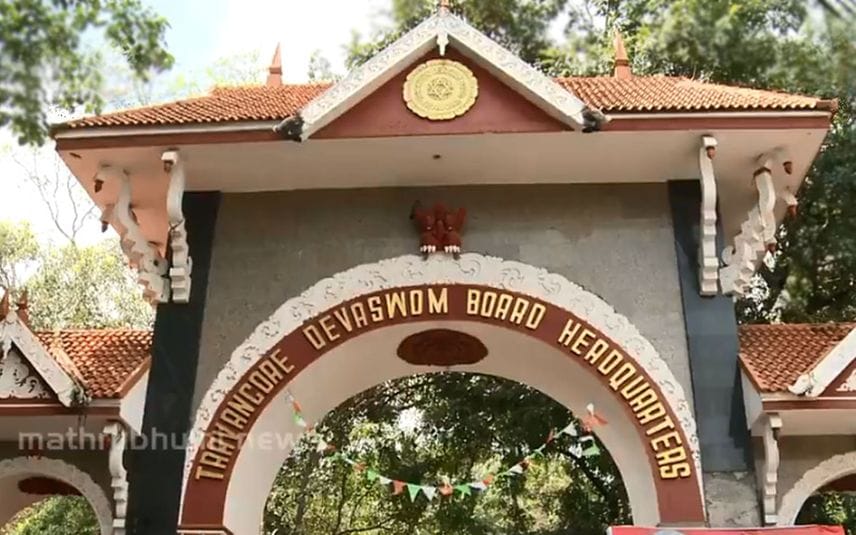 Thiruvananthapuram: Scamsters embezzled money from several people promising jobs at Travancore Devaswom Board by issuing fake appointment letters. The police received information that a Chennai-based private company and a well-known figure from Alappuzha are behind the scam.

The scamsters even assured job appointments at the head office of the Devasom board's recruitment office in Thiruvananthapuram. Earlier, the police received the name, address and other contact details of the Alappuzha native, alleged to have played a role in the fraud. M Rajagopalan, Chairman of the Recruitment Board, alleged that police had earlier hesitated in arresting the Alappuzha native despite receiving complaint against him.

Based on the complaints, police nabbed three individuals in four cases. M Rajagopalan said that the police team probing the cases took "bizarre" decisions. He added that Chief Minister Pinarayi Vijayan would be notified about the incident.

The scamsters issued fake appointment letters for the post of clerks in the office of the Devasom recruitment board, Devasom Board College at Shastamkotta and Kshethra Kalapeedom at Vaikom. Further, they also embezzled money in the appointment of priest at a temple in Chavara.

The fake appointment letters were issued by a Chennai-based company called 'Placement centre.' The scamsters also used the letterhead and sign of the Devasom board. It is suspected that some officials on the Devaswom board might have played a role in the scam. Meanwhile, the wife of a Devasom college teacher, also sought the help of scammers to receive the job. However, they are unwilling to come forward with a complaint.