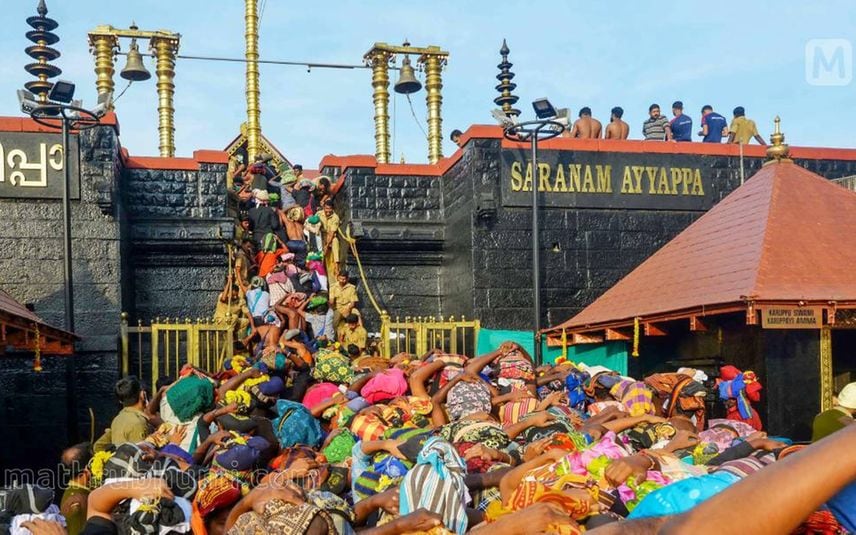 New Delhi: Supreme Court on Monday said that the appointment of the new chief priest in the Sabarimala Sree Dharma Sastha Temple will be subjected to the court's ruling in the petition under consideration of the apex court. Meanwhile, the court allowed the Devaswom Board to conduct the draw of lots to select the new head priest (Melsanthi) at the Ayyappa Temple on Tuesday.

The remark came in the wake of a petition filed by Vishnu Namboothiri, a Mavelikara native, requesting to be considered in the draw.

Meanwhile, the Supreme Court issued a notice to the Travancore Devaswom Board and directed the board to reply within two weeks. A bench comprising Justice Krishna Murari and Justice Ravindra Bhatt said the court would consider Vishnu Namboothiri's plea after the Diwali vacation.

The petitioner was the head priest of several key temples, including the Attukal Bhagavathy temple.

The Travancore Devaswom Board rejected his application stating that he did not submit the work experience certificate in the prescribed format.

However, Vishnu Namboothiri pointed out in the court that the application form has been prepared in such a way that head priests of temples that do not belong to the board cannot apply.

SC clubs, transfers to itself all pleas pending before different HCs on same-sex marriages

Period of parole granted to prisoner to be excluded from sentence: SC