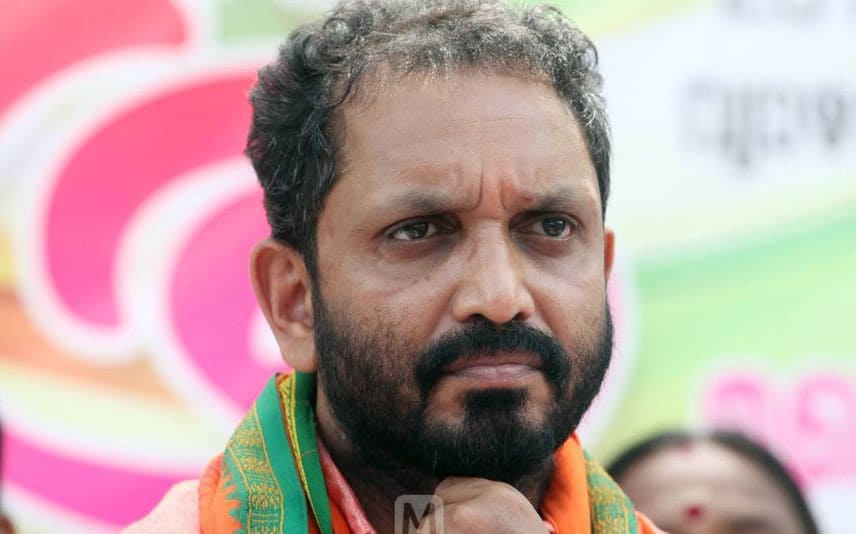 Kasaragod: BJP state president K Surendran booked under a non-bailable offence in the Manjeswaram election bribery case. He was booked under Scheduled Castes and the Scheduled Tribes (Prevention of Atrocities) Act.

The new charges were added in the interim report submitted by the crime branch after one year of registering the case.

Surendran is accused of threatening and bribing Bahujan Samajwadi Party's Manjeswaram candidate K Sundara in the 2021 assembly elections. Sundara had accused that he was offered Rs 15 lakh and a wine parlour licence in Mangaluru to withdraw his nomination. However, he was given only Rs 2.5 lakh and a mobile phone. It was seized by the probe team.

Six BJP leaders are the accused in the case. The SC/ST Act will be charged with five of them, including Surendran. The move comes based on the request of the special public prosecutor.

It may be noted that Surendran is also accused of bribing tribal leader and Janadhipathya Rashtreeya Party (JRP) president CK Janu to contest as an NDA candidate from Sulthan Bathery. Police had registered a case under sections 171 E (bribery) and 171 F (undue influence or personation at an election) following a court direction.

Time limit to withdraw leave surrender amount applicable for staff in all ...

Woman dies after being dragged for 4 km by car in Delhi, 5 arrested; DCW ...