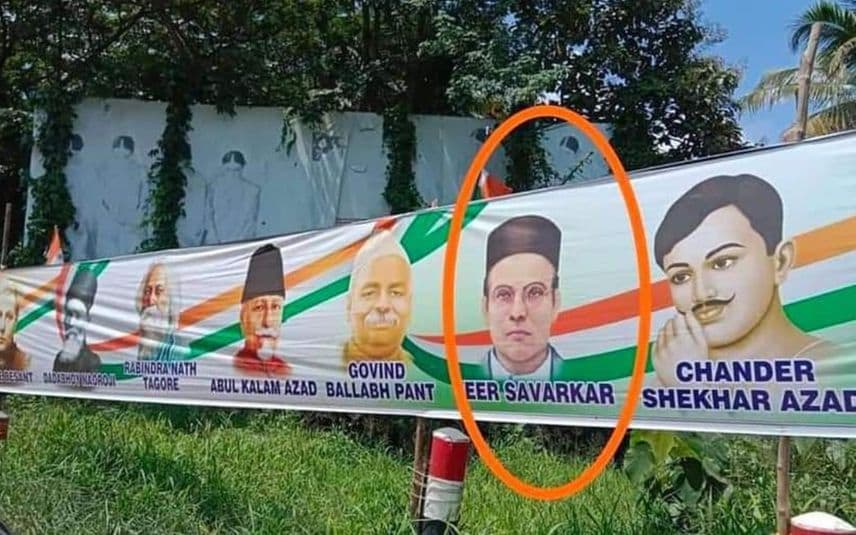 The banner was displayed as part of welcoming the 3,570 km foot march led by Rahul Gandhi through the area. The picture of Savarkar was placed along with Raveendra Nath Tagore, Abdul Kalam Azad, GB Pant, and others.

After the organisers learned about the mistake, a photo of Mahatma Gandhi was used to cover the image of Savarkar and hide it from the public eye. Interestingly, the incident happened hours before the entry of Bharat Jodo Yatra in the area. The district leadership took action against the local committee secretary over serious lapses in coordinating the campaign.