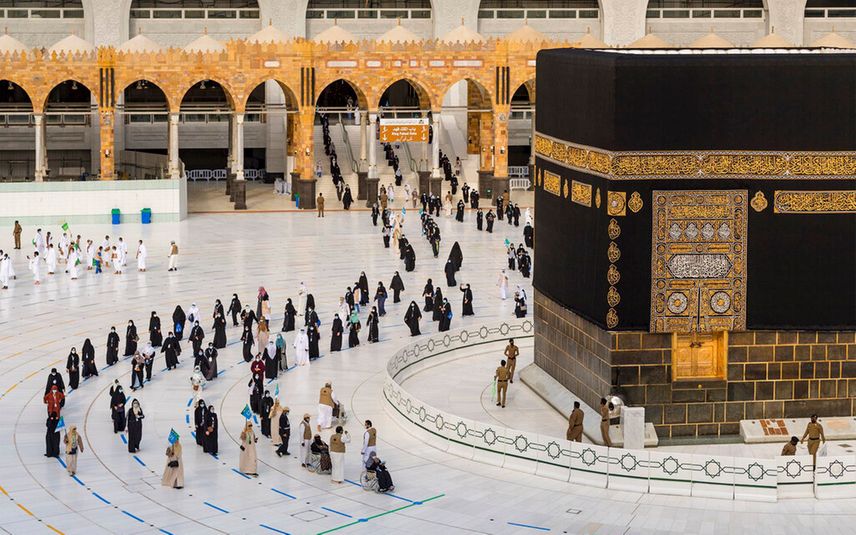 Riyadh: Saudi Ministry of Hajj informed that 10 lakh pilgrims can perform Hajj this year. The Kingdom of Saudi Arabia took this decision after a gap of two years. The Hajj quota for different countries will be announced soon in consultation with the Ministry of Health.

Only a restricted number of pilgrims were allowed to attend the Hajj last year due to the pandemic. But this time, 10 lakh people including domestic and foreign pilgrims will be permitted for Hajj. No one over the age of 65 is allowed and only those who have received two doses of the COVID-19 vaccine are allowed to perform Hajj. PCR certificates taken within 72 hours of departure are mandatory for foreign pilgrims.

Hisham Saeed, a spokesman for the Saudi Ministry of Hajj and Umrah, said the state-of-the-art technology would be used to facilitate the Hajj and provide better services to the pilgrims. Saudi allowed only 1,000 people in 2020 and 50,000 in 2021. On average, 30 lakh pilgrims attend the Hajj every year.

Along with workers, robots will also help to disinfect the Haram mosque in Makkah this year. Eleven robots, along with 4,000 workers, are in the effort of disinfecting the mosque.

The mosque will be disinfected 10 times a day. 130,000 litres of disinfectant will be used to sanitize Haram, the sacred boundary of Makkah. 25,000 new carpets will be used.