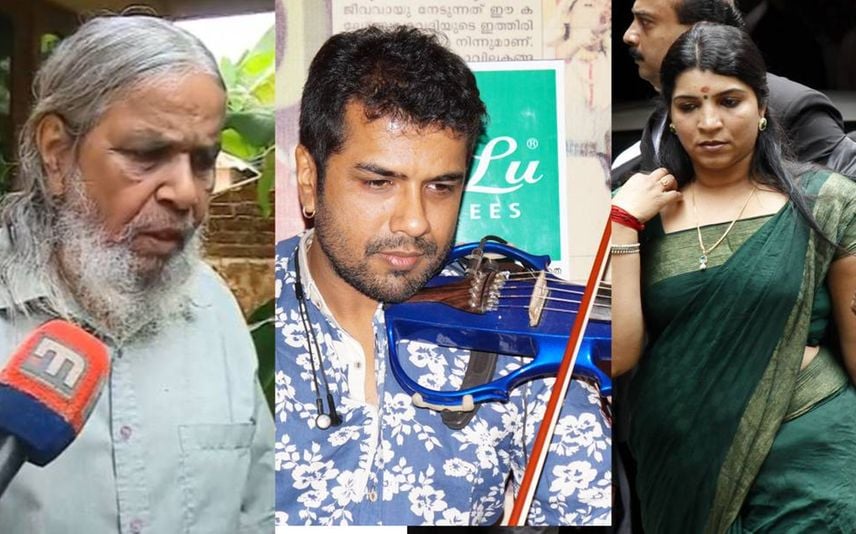 Thiruvananthapuram: The father of violinist Balabhaskar Chandran who died in a car accident, said that Saritha S Nair contacted him and 'offered help' with the CBI case over the death of his son.

Unni, the father of the late violinist, said that she told him that the verdict of the appeal pending before the high court would not be in favour of him and she would help him to file an appeal. The court is scheduled to pronounce the verdict on June 30.

He recounted that she refused to reveal how she came to know about the verdict in the case.

Unni told Mathrubhumi News that she had called him and requested the details of his lawyer. She spoke as if she was ready to help us. However, I am not sure how she will help me, he added.

Earlier, the CBI probe found that Balabhaskar's death was due to a car accident. They ruled out any conspiracy behind the case. Following this, the CBI court also pronounced a verdict backing the findings of the CBI. However, Unni filed an appeal against this verdict.

Meanwhile, Saritha S Nair confirmed that she indeed contacted Unni. She added that she intended to give legal advice in the case.

"I had talked with him years ago. I think he doesn't remember that. It was my lawyer who first represented him. Later, the case was handed over to another lawyer. I called Balabhaskar's father to inform him that he could use my lawyer to approach a higher court if his appeal is dismissed," she said.

Meanwhile, she denied telling Unni that the verdict would not be in his favour.