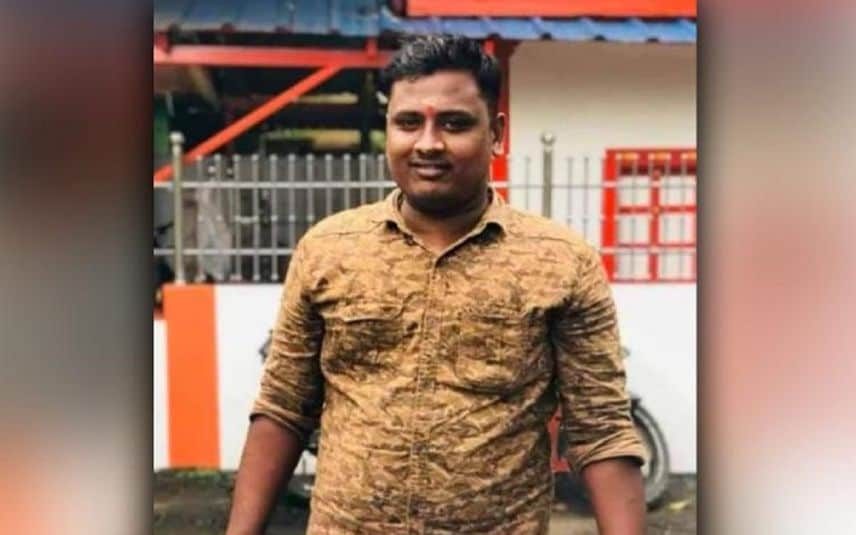 Palakkad: Police on Monday recorded the arrest of a Popular Front activist in connection with the murder of RSS worker Sanjith in Palakkad. The accused participated in the crime, police said. However, more details are not revealed as of now.

The police had earlier today taken three persons into custody. The three in custody were identified as Mundakkayam native Subair, Nenmara natives Salam and Isahak.

The RSS worker was murdered at Mambaram on November 15 at around 9 am. A four-member gang brutally hacked the RSS worker to death in broad daylight in front of his wife. The victim was the ‘Boudhik Pramukh’ of Elappully Zone. The man was on his way from his wife's house.

According to the onlookers, the gang followed him in a car and hit the vehicle on his motorcycle. As he toppled, the gang stabbed him, they said. Though he was rushed to a Palakkad District hospital, he succumbed.

BJP has alleged that SDPI is behind the killing of the RSS worker. It is learnt that there are tensions and conflicts between SDPI and RSS in Elappully region. The present killing is linked with that, suggested initial reports.