The doors of the temple will be closed at 10 pm on Thursday and it will be opened again in the evening on August 16 for monthly poojas. 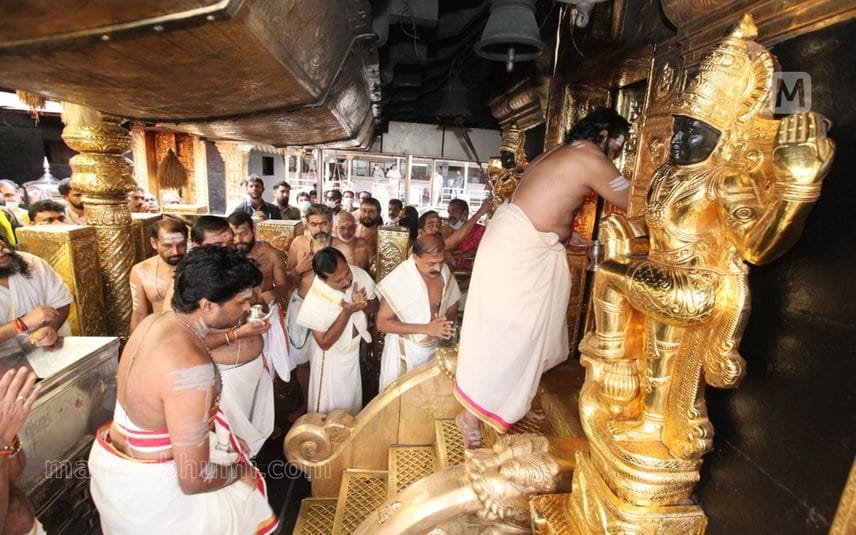 Pathanamthitta:The Lord Ayyappa temple at Sabarimala opened on Wednesday on the eve of the annual 'Niraputhari' celebrations amid restrictions imposed in view of heavy rains in Kerala.

The festival, marking the beginning of harvest season, will be celebrated at the hill shrine on Thursday.

Melsanthi (chief priest) N Parameswaran Namboothiri opened the sanctum sanctorum of the temple at 5 pm and lit the lamp under the guidance of Tantri (head priest) Kandararu Mahesh Mohanararu.

The temple will open for the Niraputhari ritual at 4 am on Thursday and the pooja will be conducted between 5.40 am and 6 am, an official release said.

The paddy spikes brought to the temple for the ritual will be distributed as 'prasad' to the devotees, it said.

The doors of the temple will be closed at 10 pm on Thursday and it will be opened again in the evening on August 16 for monthly poojas.

Meanwhile, the pilgrims reaching Sabarimala have been advised to be extremely careful while travelling to the hilltop shrine during the prevailing adverse weather conditions.

The direction was issued by Collector of Pathanamthitta District Dr Divya S Iyer on Tuesday after a meeting held by her to review the arrangements for the Niraputhari festival.

The Collector has also directed that since the State Disaster Management Authority (SDMA) has prohibited people from entering rivers, pilgrims would not be allowed to bathe in the Pampa and that devotees would only be allowed to pass through the Swami Ayyappan Road.