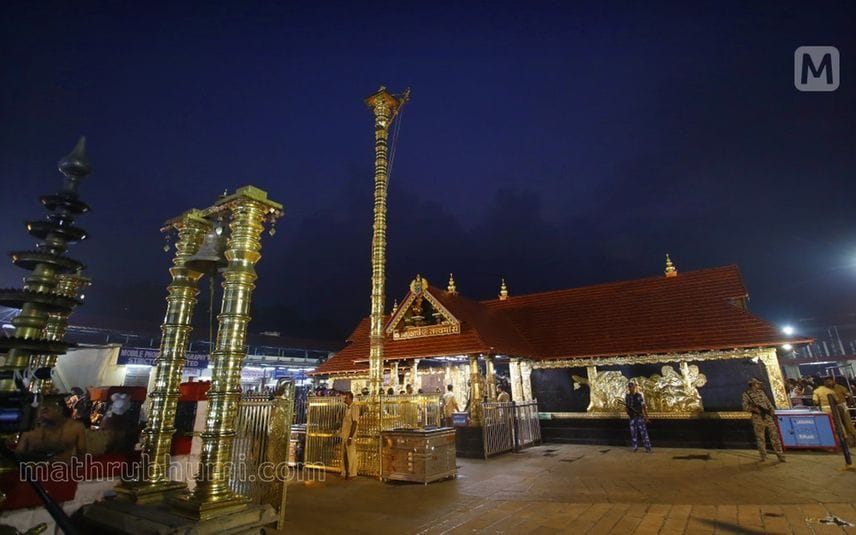 Sabarimala: The sanctum sanctorum of the Lord Ayappa temple here opened for the Medam-Vishu puja on Sunday. Head priest N Parameswaran Namboothiri opened the temple doors under the guidance of Tantri Kandararu Mahesh Mohanaru on Sunday at 5 pm. Later, the lamps of the temple were lighted up.

On Monday at 5 am, the sanctum sanctorum will be opened again. The regular Abhishekam and pujas will be held later. Devotees will be allowed for ‘darshan’ from Monday morning to April 18.

Kochi: The police have sent notice to 17 people, including actor Joju George, for taking part in the off-road race event held in Vagamon. The notice orders ..

Kannur: A youth was arrested with 17 grams of ecstasy drug MDMA in Kannur. The accused has been identified as Nadal native Sanidh. Police took him under ..

The vehicle should have a board that reads ‘ Education Institution Vehicle’ on the front and rear sides. If the vehicle used for transportation of school ..

Kochi: A KSRTC bus was stolen from the Aluva depot on Thursday morning. Within hours of the theft, police found the vehicle near Kaloor in Ernakulam. ..