Sabarimala: Only 730 devotees visit during Thulam; Devaswom Board claims pilgrimage was successful

He opined that the condition to submit COVID negative certificate and antigen test conducted at Nilakkal to trace the infected people made the pilgrimage safer. 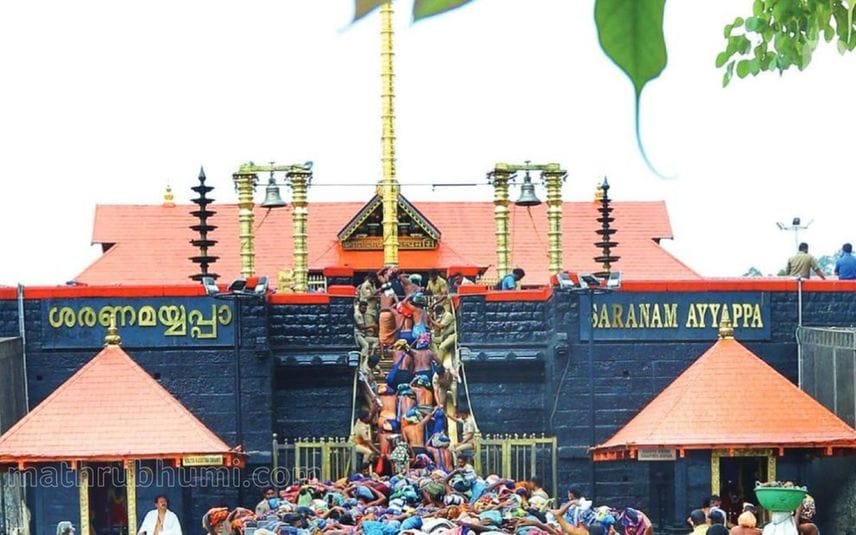 Sabarimala: When Sabarimala Ayyappa Temple closed after completing the monthly rituals of Thulam, only 730 pilgrims had darshan. A total of 1250 devotees had booked via online for having darshan for five days. Only 250 people were allowed to visit the temple on a single day. However, nearly half of this devotees did not visit the temple, according to the statistics.

Majority of the devotees were from other states. Normally, Thulam is the month when most number of pilgrims come to the temple ahead of Mandalam-Makaravilakku season. People used to queue up for hours to have darshan during these five days.

Meanwhile, Travancore Devaswom Board president N Vasu said that the pilgrimage held on trial basis prior to the Mandalam-Makaravilakku season was a success. He opined that the condition to submit COVID negative certificate and antigen test conducted at Nilakkal to trace the infected people made the pilgrimage safer.

Though the temple would be reopened for Chithira Attavesesham on November 12, pilgrims would not be allowed to enter as arranging the facilities for a single day causes additional expense. Though pilgrims were allowed in the temple after a gap of 6 months, the income was not upto the expectations.

Appam and Aravana worth Rs 1 lakh only was sold for monthly ritual in Thulam. Padipooja will be performed during the Mandalam-Makaravilakku season. In order to do this, the devotee who booked the pooja will be contacted to fix a convenient date. The ritual was not performed as the devotees who have booked it should be present.