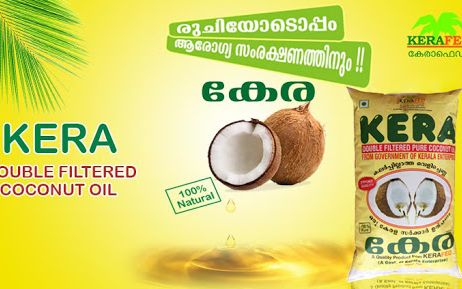 Kochi: The Onam special kit distributed to ration-card holders this year will have Sabari brand coconut oil. Civil supplies minister GR Anil had directed Supplyco, which is readying Onam kit, to place order with state-run PSU KERAFED for coconut oil. Despite the directive, Supplyco included its brand Sabari in the kit. As a result, Kera was chucked out of the list of 14 items in the kit.

80 lakh packets containing 500 g of coconut is the quantity required for the Onam kit distribution. The minister’s directive said an order for 16.5 lakh oil packets should be placed with Kera. Supplyco apparently rejected it. Reportedly, it also neglected the intimation of Coconut Development Board (CDB) offering an order of 5 lakh. The developments have raised question on government’s stance on PSUs.

Interestingly, 1 kg of dried coconut kernels will cost around Rs 85. Processing charges such as electricity charge, wages, packing cost, pouch film rate and GST will take the 1 litre coconut oil to cost Rs 165. That means half litre will cost around Rs 76. KERAFED argues that it is practically impossible to sell the product at cheaper rates. This also puts the quality of the product in question.