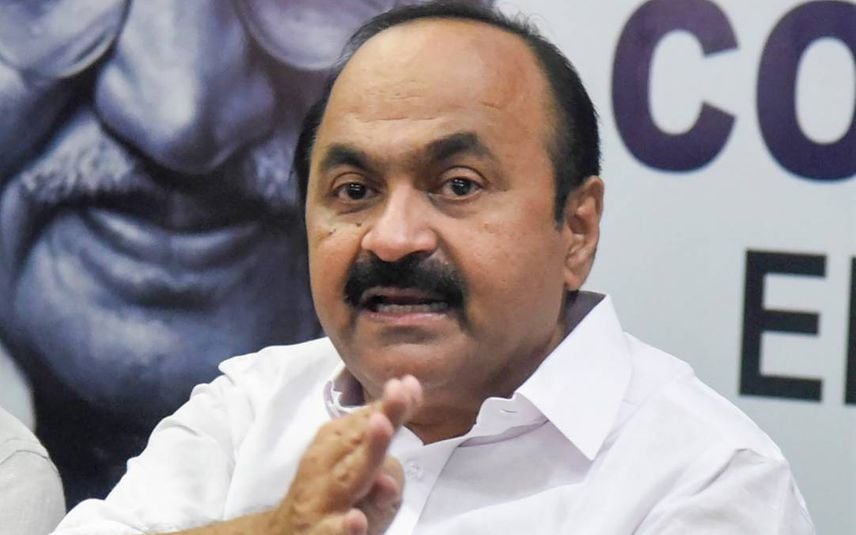 Thiruvananthapuram: In the wake of CPM politburo member S Ramachandran Pillai’s remarks praising China at the Kottayam district conference, the Opposition leader VD Satheesan on Saturday sought clarity on the party's stance on the neighbouring country. The Congress leader asked the CPM to "come clean on what's more important- our national interest or the Chinese Communist Party's interest."

According to Satheesan, "the move of CPM to uphold Chinese interest over Indian interest at a time when former and latter have border conflict issues" is deplorable. He mocked CPM and said that Pillai’s stance corroborates the popular saying that "if it rains in China, Communists in Kerala will open up their umbrella."

Notably, CPM politburo members Pillai and Chief Minister Pinarayi Vijayan, who, in a space of days, came out with different positions on China. The conflicting views of the two leaders surfaced at their ongoing party meetings at Kottayam and Thiruvananthapuram.

It was Pillai who first said in Kottayam that China has grown to the stature of questioning American imperialism and went on to add that they have become powerful and is facing a global attack, directed to target their achievements. He said America is leading the alliance to attack China and India is also part of it and the CPM is the target of the anti-China campaign in India.

Vijayan, while addressing the Thiruvananthapuram district conference the other day, said that as a socialist country, China was not willing to adopt a proper stand against imperialist countries. He pointed out that China themselves have declared that they are being troubled by the issues of inequalities and corruption.

Over this, Satheesan asked the CPM to spell out its policy on China as two of its top leaders have been speaking in "different tones".

"Wish to know if the CPM here is controlled and guided by the Chinese Communist Party," said Satheesan.