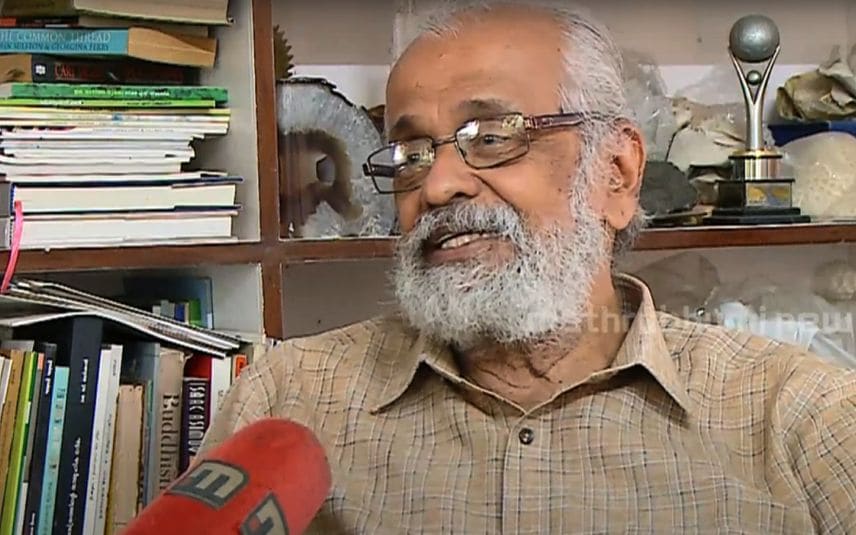 Thiruvananthapuram: Noted engineer and former chief of Kerala Sasthra Sahithya Parishad(KSSP) has reiterated his suggestion of replacing the SilverLine project with a parallel railway line to the two railway lines crossing through the state. His reiteration comes at a time when BJP leadership in the state has suggested a proposal to establish a third railway line as an alternative option for SilverLine among others, which are under the Centre’s consideration.

According to RVG, the proposal for a third railway line which is based on a technical study is the same parallel railway line put forth by KSSP. He pointed out that political differences need not have to be taken into account.

RVG here on Sunday in an exclusive interview with Mathrubhumi further emphasized that the third railway line is something practical and scientific for the state. He elaborated on its benefits. While laying the alternative railway line, the curves should be reduced so that maximum speed and efficiency can be attained, he said.

The proposal is for a railway line in which trains can run at 160km/hr. Express trains should be used for this. In the other two lines, passenger trains and MEMU and goods trains should be operated. “We may even require a fourth railway line,” RVG said. He added that for such activities land acquisition will be required and it should ensure financial relief.

RVG further elaborated on commuter density. He pointed out that more commuters are found in Thiruvananthapuram-Ernakulam and Kozhikode-Ernakulam stretch. “So considering a dedicated semi-high speed line is not the suitable option,” he said.

Earlier, the Centre informed that it has decided to back out from the terminal project too. But this will politically affect BJP. That’s why BJP leaders met the Centre with some proposals. Meanwhile, the state government and K-Rail have been maintaining that the alternative railway line or improving the existing railways are not as effective as SilverLine project.

Loan up to 90% of project cost: Kerala govt joins hands with KFC to support agri-based ventures

RVG Menon reiterates his suggestion on replacing SilverLine with third ...