“In the DPR, the state government concluded that the existing railway lines can achieve a maximum speed of 45kilometers per hour. This is just by comparing the present condition of existing railway networks in Kerala as there are a whole lot of flaws to be corrected." 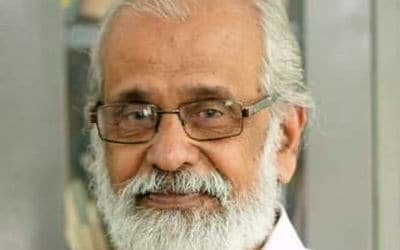 Kochi: Normally, not all budget promises are fulfilled. If the assurances in the Union Budget 2022 find their way, the nation will have integrated and seamless connectivity soon.

The budget proposes to revive, a 2,000-kilometre railway network with 'world-class technology' for safety and capacity augmentation. Software-driven engines, lightweight coaches and machinery and most modern amenities will hopefully lift our railways to world-class standards.

Innovative ways of financing and faster implementation will be encouraged for building metro systems of appropriate type at scale. Multimodal connectivity between mass urban transport and railway stations will be facilitated on priority. The design of metro systems, including civil structures, will be re-oriented and standardized for Indian conditions and needs.

The budget promises have come at a time when Kerala is divided over the proposed semi high-speed SilverLine, an ambitious project of the state government. A section of people has already come out against the project citing that it is not cost-effective and environment-friendly.

A sum of Rs 1.5 lakh crores is expected to be required to finish the project by 2025, an unofficial deadline of the project. However, the government estimate is only nearly half of this.

The state government proposes that the 529.45 km semi high-speed rail corridor connecting Kasaragod and Thiruvananthapuram eases the transport between the north and south ends of the state and reduces the total travel time to less than 4 hours, compared with the present 10 to 12 hrs.

“By spending a huge amount, the state government may make the K-Rail project a reality by running it parallel to the existing railway lines. By the time K-Rail is done, the central government may revive its railway transport. The budget proposes to fence the entire railway lines and introduce software-driven engines and lightweight coaches and other machinery. Once it becomes a reality, the central government will be in a position to offer better services at a cheaper rate; which may not be possible for the state government. The state may run it on loss for days, but gradually there will be a day the state government will have to stop it completely,” said an expert who wants to remain anonymous.

So, the wise decision is to support the central government to have better transportation by making use of the existing facilities and systems, he added.

Going by the words of the managing director of K-Rail, the fare of its services may be Rs 2.5 per kilometre, which is equal to the 'third-AC' fare of railways.

The state government has been criticised for the lacklustre attitude in considering alternative ways before going ahead with the project.

“In the DPR, the state government concluded that the existing railway lines can achieve a maximum speed of 45kilometers per hour. This is just by comparing the present condition of existing railway networks in Kerala as there are a whole lot of flaws to be corrected. If they are done, we can run trains at a speed of 200km/hour or above,” said Dr RVG Menon, former Principal of Government College of Engineering.

First of all, there are nearly 600 curves in the existing railway lines and the doubling of tracks has not been completed for years now, he added.

Kerala to expand SilverLine project to Mangaluru to overcome obstacles