The car, owned by Kannur native TP Rashid, was en route from Kannur to Kozhikode. There were three people, including the driver, inside the car at the time of the incident. 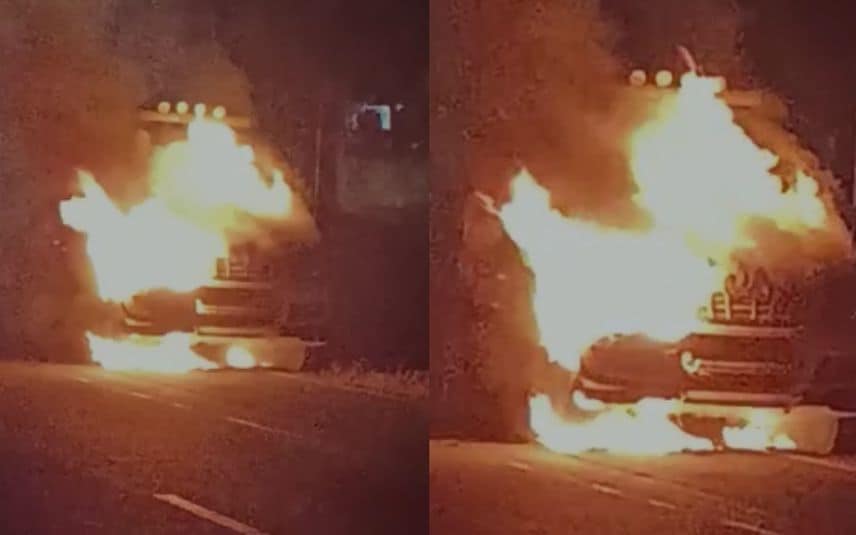 Kozhikode: A moving car caught fire at Chemancheri near Koyilandy on Sunday night. The incident took place in front of the old registrar office. No casualties were reported.

The car owned by Kannur native TP Rashid was going to Kozhikode from Kannur. There were three people, including the driver, inside the car at the time of the incident.

On seeing fumes rising out of the car, the passengers alighted. Following which, it caught fire. Soon after, a fire force unit from Koyilandy arrived at the spot and doused the fire. Reportedly, the bonnet of the car got completely charred in the incident.