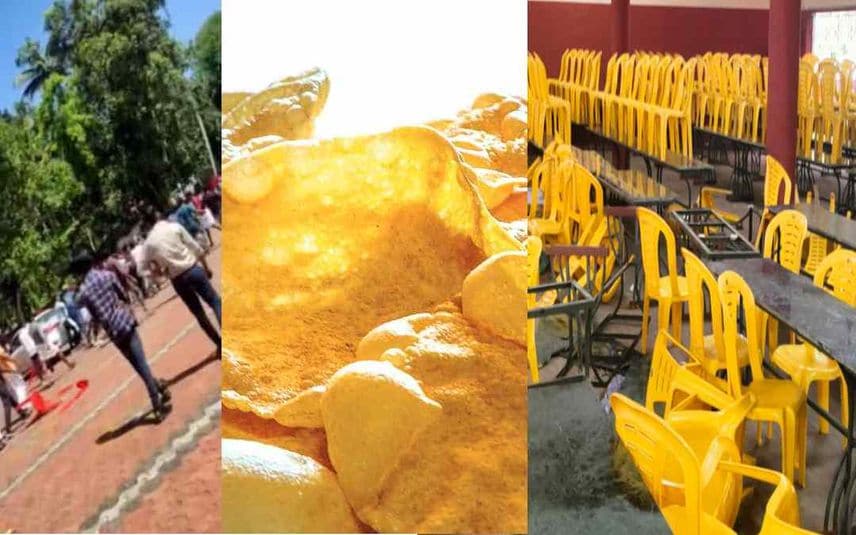 Alappuzha: A fist fight during a marriage event near Muttam in Alappuzha on Sunday caused damages worth Rs 1.5 lakh to the auditorium. The fight ensued after a person was denied 'papadam' during the wedding feast.

The incident happened in an auditorium at Muttom here on Sunday afternoon. Several chairs, tables and others were damaged in the ruckus.

According to reports, one of the groom's friends wanted to have one more pappadam. But the person who was in charge of the food supply refused to serve it to him.

A total of 12 tables made of marble and 25 chairs were completely damaged. The auditorium owner also suffered injuries after someone threw a marble desk at his office.

However, those related to the auditorium owner said they sorted out the issue after holding talks with the wedding parties.