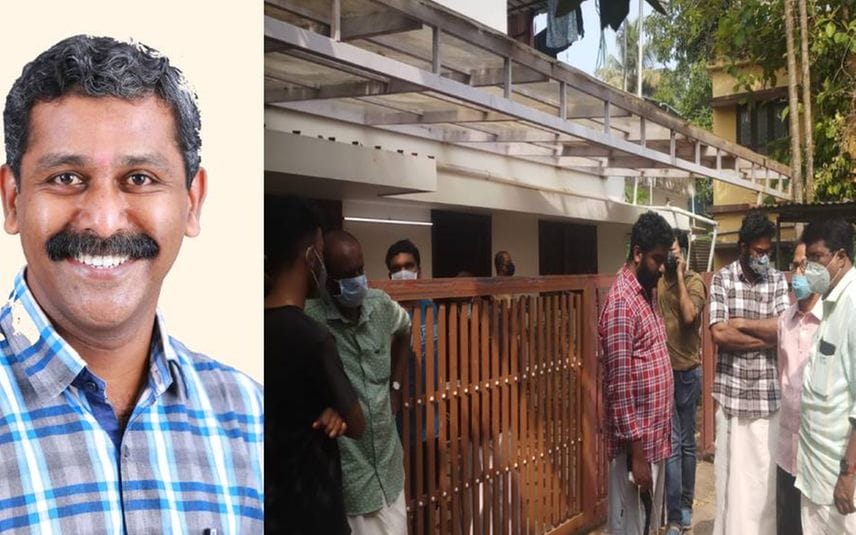 Alappuzha: ADGP Vijay Sakhare has responded to the criticism over the serious lapses of intelligence in preventing the two murders which happened within 12 hours in Alappuzha. He revealed that the murder of BJP activist Renjith was totally unexpected as the intelligence wing had no information regarding him in the list of targeted persons of the assailants.

"Soon after the murder of SDPI activist KS Shan in Mannancherry, police could identify the suspects and some of them were taken into custody. The police force was busy restoring law and order in the region. Meanwhile, there were no clues on the attack against Renjith," said ADGP.

The police had no clue about the attack in the municipality region which is surrounded by many police stations and forces, following the first murder in Mannancherry.

ADGP Vijay Sakhare, who is heading the Special Investigation Team (SIT) probing the two separate cases, said preliminary investigation revealed that there were 10 accused in the killing of Shan on Saturday night.

While Prasad and Ratheesh were arrested in connection with the killing of the SDPI state secretary, eight other people involved in the crime have been identified and police teams have been deputed to nab them.

He said the arrested man-Prasad- was the main organiser of the murder of Shan. He allegedly organised men, vehicle and planned the killing of Shan, Sakhare said.

Police is also probing if there was any larger conspiracy behind the killing of the SDPI leader, he said.

Sakhare also spoke about the progress made in the investigation into the killing of BJP's OBC Morcha's state secretary Sreenivas, claiming "concrete clues" about the assailants.

He said the police have got a "substantial lead" about 12 people involved in the killing of Renjith Sreenivasan. Their identities are being verified, the senior police official said.

Sakhare refused to provide more details but said the police is also probing if there were larger conspiracy behind the killing and if it is established, the people who participated in it would also be brought before law.