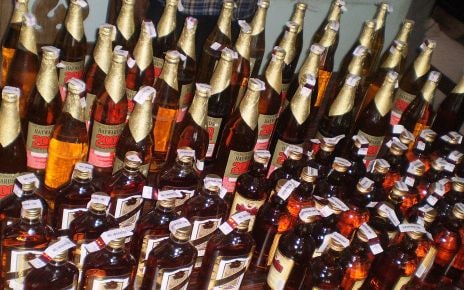 Adoor: Adoor police arrested two migrant workers from West Bengal for allegedly stealing foreign liquor worth Rs 30,000 from the BEVCO outlet near the Bypass Road here in Pathanamthitta. The perpetrators have been identified as Samshad(28) and Jehir(20).

The alleged crime happened on May 6. Apart from liquor, the duo reportedly stole mobile phones and Digital Video Recorder (DVR) of CCTV.

The theft came to light when the staffers came for opening the outlet in the morning. It is learnt that the duo broke into the outlet by breaking the lock. However, their attempt to break the locker inside failed.

Police officials, dog squad and fingerprint experts visited the crime scene but did not find any conclusive evidence. Identifying the perpetrators was difficult as CCTV DVRs too were stolen.

A special probe team was constituted and the police retrieved footages from many shops and establishments nearby. This proved fruitful as the officials got a hint that migrant workers were involved in the crime. Based on that the cops enquired with hoteliers and merchants, and the duo was nabbed.

Deepika Padukone complains of uneasiness during shoot, rushed to hospital