Anwar sent the courier from the Agra post office on 17th August and Sumith on Monday received a used sweater, pants to churidar and two Punjab registration number plates. 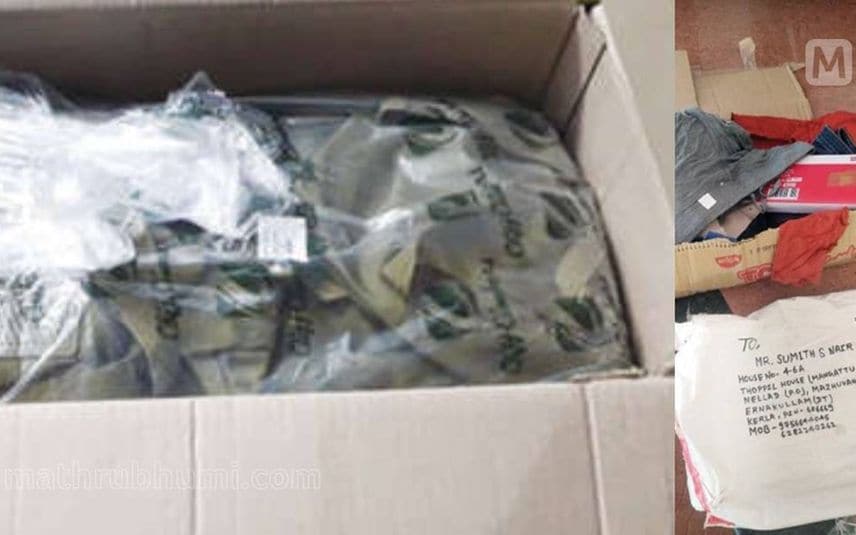 Kochi: An army man received scrap items instead of military bags via courier. Mazhavannur native Sumith S Nair faced the bad experience. His bag was damaged while coming from Ladakh to Kerala. With this, he sought help from a friend Anwar Ansari who is residing in Agra to buy and courier military bag from the military canteen.

Anwar sent the courier from the Agra post office on August 17 and Sumith received it on Monday. The bag contained a used sweater and dresses and two Punjab registration number plates. Sumith said that the registered courier must have been unsealed by someone on the way and robbed the Rs 3300 worth army bag.

Sumith’s mother claimed that it is a drawback of the India Post to deliver a registered courier safe. When they complained to the authorities, they were told to approach the Division office in Aluva. The authorities normalised the case by saying that it is quite common in the Haryana-Delhi borders. Sumith has to reach Ladakh by September 8.

Not with dear ones on this Vishu day? Don't worry, send 'Kaineettam' through post

Ritual of immersing ashes can be performed via post