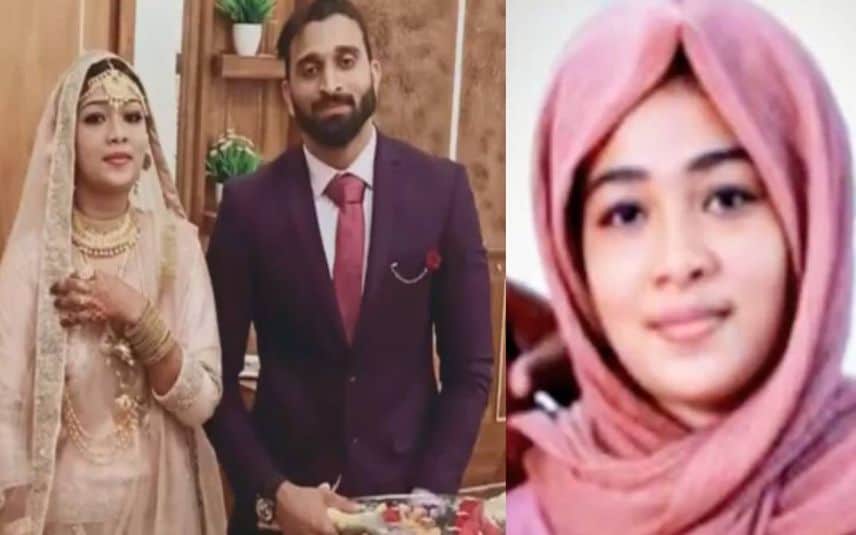 Kozhikode: In the case pertaining to the mysterious death of Vadakara native Riswana (21, at her husband's residence at Kainatty in Wayanad, the Crime Branch team arrested her husband Shamaz and his father Muhammad.

Shamnaz’s sister and mother are also named as accused in the case. All four are booked under the charges of abetment to suicide and atrocities against women.

Riswana, daughter of Vadakara native Rafeeq, was found hanging at her husband Shamnaz's residence in Wayanad. The deceased’s family alleged foul play by her husband and family over her death. According to them, Shamnaz's family failed to inform this incident to them. Further, the absence of his family at the hospital also led to more doubts over her death. Her relatives also alleged that Riswana has been facing torture and harassment for the last two-and-half years. Rafeeq said that her daughter had disclosed this to her friends. "She told her friends that she faced harassment in the hands of Shamnaz, her father-in-law and sister-in-law," he added. The relatives also alleged that Shamnaz's family failed to report the incident to the police on time.

Rafeeq filed a complaint with the chief minister and the opposition leader. Later, the district crime branch intervened. The officials collected circumstantial evidence and recorded statements of the witnesses. Riswana’s WhatApp chats with her friends explaining the physical and mental torture were retrieved from her phone by the probe team. Following that the crime branch submitted the report.

Meanwhile, Shamnaz and Muhammad will be produced before Vadakara court. They were taken for the medical examination. It is learnt that the court will remand the duo in the case.