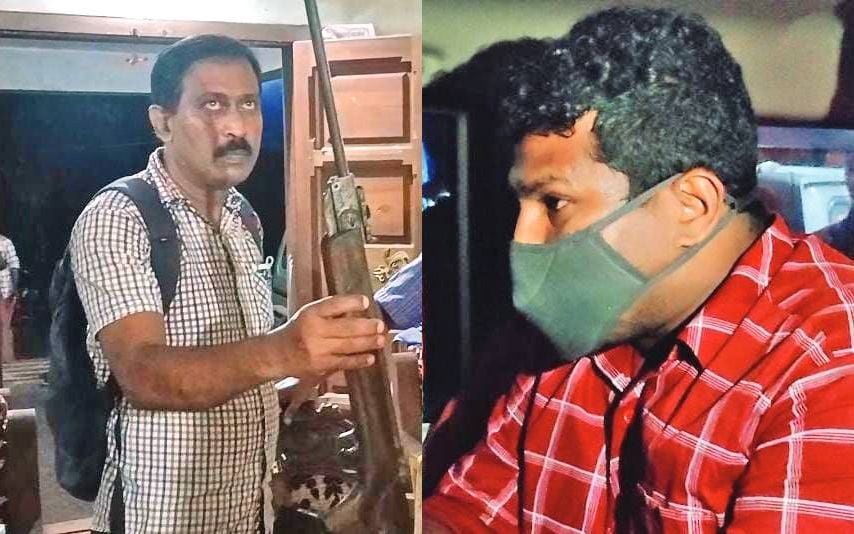 Thiruvananthapuram: Police seized cannabis, a local rifle and explosives during a raid at the house of a drug suspect in Venjaramoodu. A wild boar’s head, python fat, hashish oil, six bombs, 11 sacks of rice and Rs 3 lakh were also spotted in the house of accused Kottukunnam native Dileep (43).

Police registered a case against Dileep’s wife Prabhulla also as she had sold the psychotropic drugs at the residence. Several dogs were domesticated to avoid strangers entering the house.