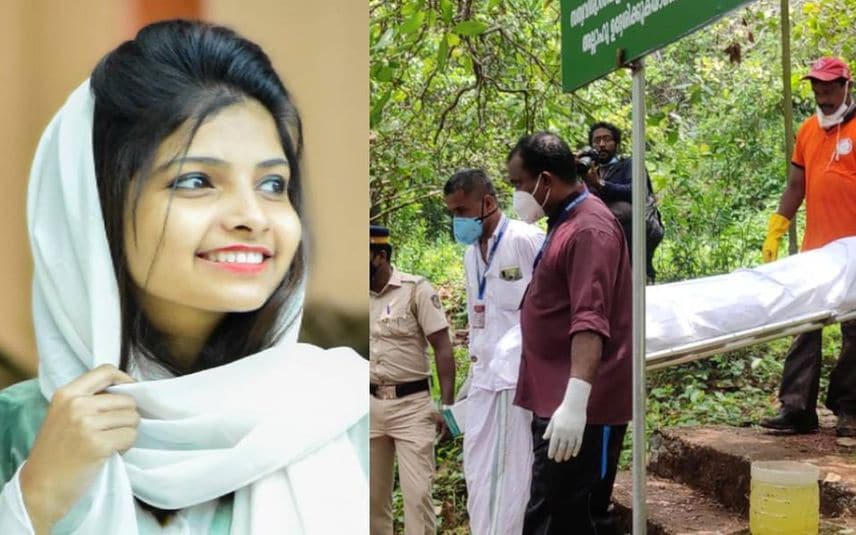 Kozhikode: The post-mortem overruled foul play in the death of vlogger Rifa Mehnu. It confirmed she was died by suicide.

The body of Rifa was exhumed two months after her death. She was found dead in her apartment in Dubai on March 1. Her parents expressed disbelief over the statement of her husband and his family that an autopsy was done in Dubai. The Kerala police then sought the approval of the Revenue Divisional Officer for conducting post-mortem.

The report confirmed that the mark on her neck is due to suicide. The report of a chemical analysis of internal organs is yet to come.

Police have booked Rifa's husband Kasaragod native Mehnas over mental and physical torture and abetment to suicide. He has approached Kerala high court seeking anticipatory bail. He is on the run.

The investigating officials of Dubai were not able to conclude the reason behind the suicide of Rifa. The body, which was brought from Dubai, was buried here.

According to Rifa’s family, she had no reason to commit suicide. Hours before Rifa was found dead, she had a video chat with her parents along with her two-year-old son from her workplace. Only the next day, the family came to know about her death.

The family will go ahead with the case for abetment to suicide, their advocate said.