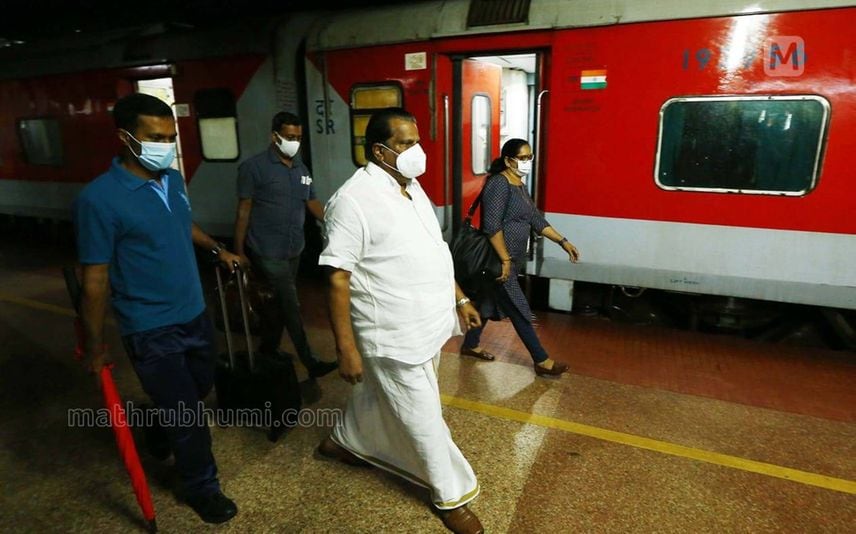 Kannur: LDF convener EP Jayarajan informed that he had written to IndiGo airways requesting to revoke their travel ban on him. IndiGo has imposed a flying ban on Jayarajan and two Youth Congress workers in connection with the scuffle onboard the plane carrying state Chief Minister Pinarayi Vijayan last month.

He pointed out that he appealed to the airlines to rectify its mistake in imposing a travel ban on him.

Jayarajan also alleged that the airline company decided to ban him upon the request of some Congress MPs.

"I used to travel to Delhi via a train from Kannur during my days in youth organisations. This travel takes three days to reach Delhi. Therefore, I have no problem using the train for my political duties. I shifted to airlines only after the facility became available in the state," he said.

"The decision made by IndiGo is wrong. Let's see whether they correct their mistakes. I know I did the right thing. Those who investigated the incident are not aware of the political situation in Kerala," he said.

Meanwhile, Jayarajan stated that he does not care much about trolls shared on social media mocking his remark on boycotting IndiGo airlines. He added that insane people would send such senseless trolls against others.