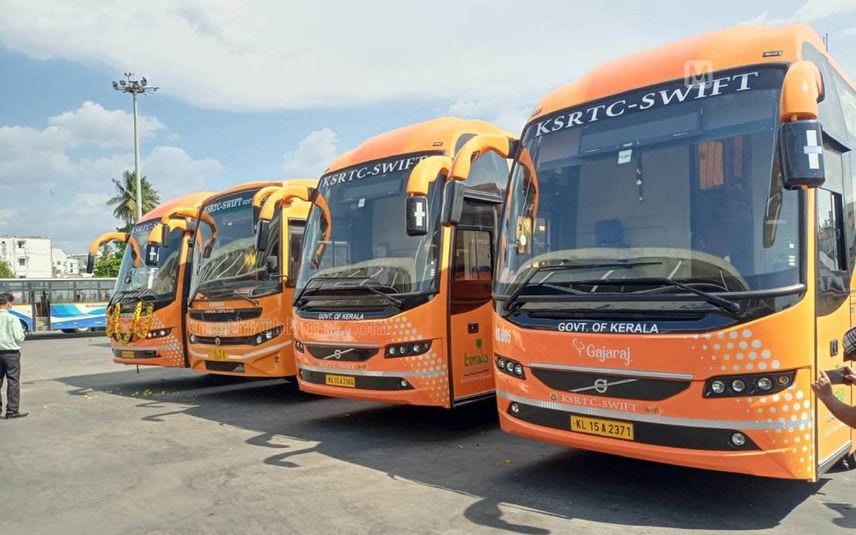 Pathanamthitta: DTO Thomas Mathew has submitted a report to KSRTC CMD Biju Prabhakar over delay in Swift service after the staff failed to turn up for duty.

K-Swift bus scheduled between Pathanathamthitta- Mangaluru was delayed for four hours after Anilal and Mathew Rajan (driver and conductor) failed to turn up for duty. Following this, Pathanamthitta DTO was asked to submit a report on the matter. The staff testified that they failed to attend duty as they had fallen asleep. When questioned, it was alleged that they misbehaved with the DTO.

They were supposed to attend duty around 2:45 pm on Sunday. However, they failed to turn up. Their phone was switched off when the officials on duty tried to contact them.

Commutes stranded for nearly 5 hours as ...

The bus scheduled to start journey at 5pm commenced the journey by 9pm only. The passengers also protested against the delay and this was brought to the attention of CMD. Following this, a substitute staff was tasked to conduct service.

KSRTC SWIFT bus to Mookambika not ended up in Goa, clarifies authority