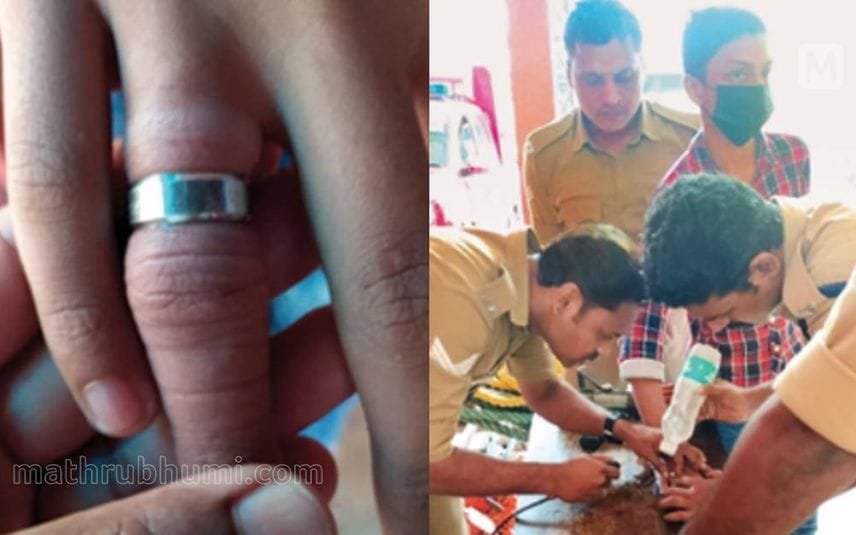 Officials attempting to remove ring from the child's finger

Ramanattukara: Two children rushed with their parents to the Fire Force Station in Meenchanda to get rid of the Chinese ring that got stuck on their fingers. Several similar incidents have been reported in the state in which fancy Chinese rings adorning little fingers of children turn a villain.

The fire force officials informed that the parents should be careful of the children wearing cheap Chinese rings for a long time.

Such rings could not be removed with just smearing oil or soap. The parents and children would approach the fire force as a last resort if the ring could not be cut by the goldsmith or at hospital. By this, the condition of the finger might have got swollen and the rescue will turn difficult. With recurring cases due to the Chinese ring, the Meenchanda fire force has bought a machine solely to cut rings.