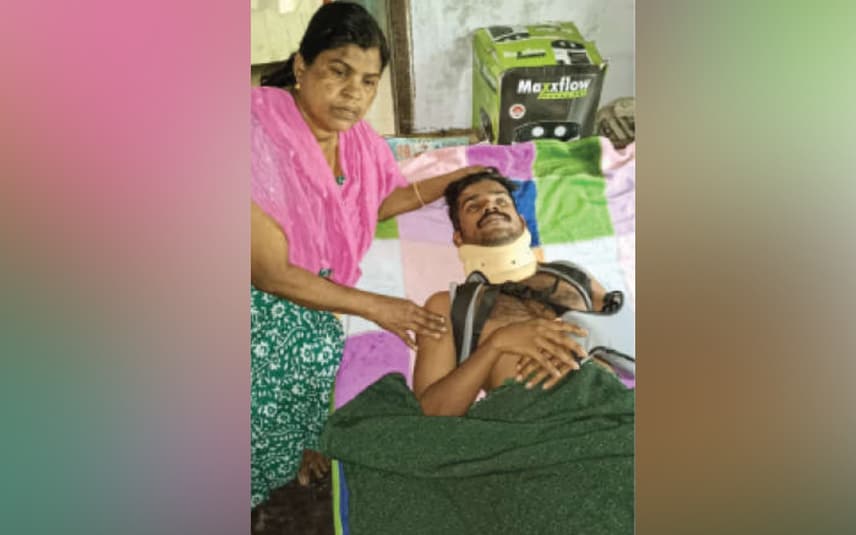 Thrissur: A family in Chazhoor is being rocked by terrors one after another. Jayanthi and her elder son Akhil had been involved in a hit-and-run accident five years back. Jayanthi and Narayanan’s second son Amal (24) also met with an accident recently. However, the family has not received any compensation so far.

The bike accident has left Amal seriously injured. The accident was caused after a stray dog hit his bike, and he was catapulted from it. He was at the hospital for a week and is now recuperating at his home.

When the family looked into the possibility of compensation for the accident, the complications were many. The authorities said that there must be proof that the dog hit the bike and that it must be testified by the civilian committee. The family is clueless as to what is to be done.

The accident involving Jayanthi and Akhil took place at Kaipamangalam. Jayanthi was on ventilator support for 15 days at Government Medical College Hospital in Thrissur. She did not receive the compensation as the concerned authorities dismissed the request citing that they were late to submit it. Jayanthi is being tormented by troubles after leaving the hospital. She has difficulty walking. She used to work in the parking section at Thrissur Railway Station earlier, but lost her job due to her condition.

Amal had gotten a job as a driver at a leading company in Ernakulam. He met with the accident on the date of joining for duty and now he has lost the job. Akhil who came home following the Covid pandemic now works as a carpenter and Narayanan works as a barber. The family has had to spend a lot of money on post-accident treatment and is clueless as to how they will make ends meet.

Woman chained, brutally raped by husband, his relative in Thrissur