Recommendation for regularization of temporary staff in KHRWS, NORKA

A total of 180 employees are recommended to be regularized in KHRWS in which the health minister is the chairperson. The recommendation approved by the administrative committee was handed over to the law minister. 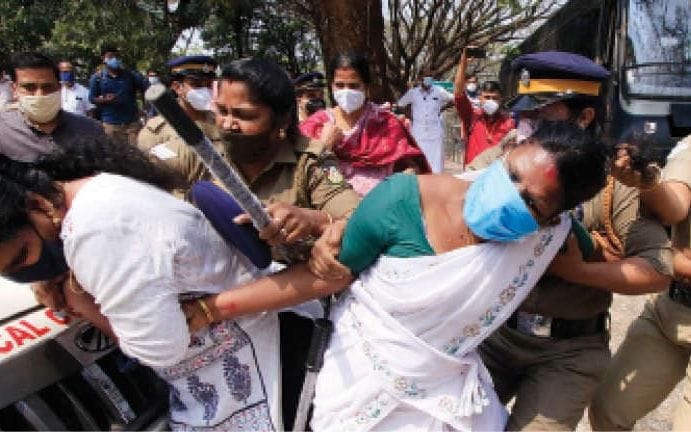 Thiruvananthapuram: It has been recommended to regularize the temporary staff at the Kerala Health Research and Welfare Society (KHRWS) under the health department and NORKA under the department of non-resident Keralites.

A total of 180 employees are being recommended to be regularized in KHRWS in which the health minister is the chairperson. The recommendation approved by the administrative committee was handed over to the law minister. After recording the opinion of the law department, the recommendation will be submitted to the consideration of the next cabinet meeting.

The society functions as zonal offices in Thiruvananthapuram, Kollam, Kottayam, Thrissur, Kozhikode and Kannur. The health secretary is the vice chairperson of the society. The appointments are not handled by the PSC. However, the PSC has published the rank list for the appointment in cooperative societies of similar nature.

Seven employees in NORKA Roots were recommended to be regularized. They were working here for 10 years. Some of them have contacts with high level CPM leaders. The NORKA administrative committee is headed by the chief minister. NRI businessmen are the directors of the board. The recommendation approved by the administrative committee will be submitted before the cabinet.

P Jayarajan to be vice chairman of Khadi Board; Sreeramakrishnan to be appointed in NORKA

Kochi: Vijay Babu has taken flight ticket to Kerala for May 30, his advocate informed the Kerala High Court on Tuesday.The court had asserted that the ..