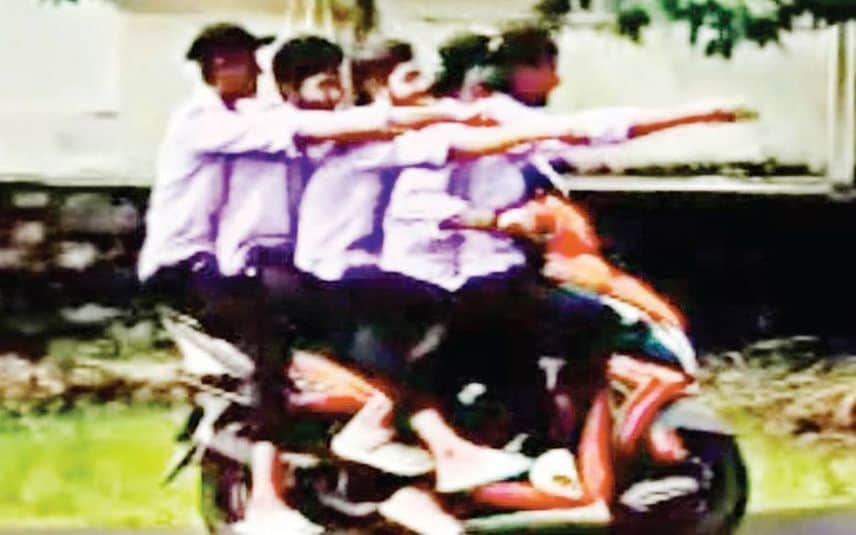 Cheruthoni: Motor Vehicle Department (MVD) cancelled the licence of a college student for driving a scooter with four others.

The visuals of the five students wearing college uniforms riding in a scooter had gone viral on social media.

The incident happened on Friday. A second-year degree student of a private college in Idukki drove the scooter with four others on it. Following this, an investigation was launched by a team led by Idukki RTO R Ramanan, Inspectors Sony John, and Nebu John.

Following this, MVD traced the scooter, cancelled the licence of the driver for three months, and levied a fine. Further, parents and students were summoned to the RTO office to provide counselling sessions.