Rebel declares support to UDF; Kottayam municipality administration to be decided through toss

Bincy told the media that she demanded the municipal chairperson post and the UDF has promised her of it for 5 years. 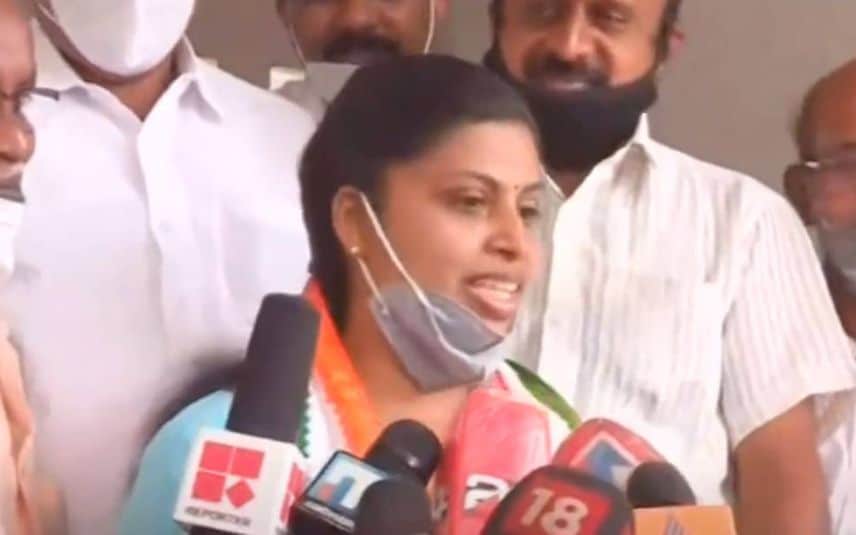 Kottayam: The administration in Kottayam municipality will be decided through a toss after the LDF and UDF won equal number of seats.

Congress rebel Bincy Sebastian, who won from Gandhinagar South (ward 52) on Sunday, arrived at the DCC office and declared support to the UDF.

Meanwhile, another independent candidate had declared support to the LDF. With this both fronts have equal number of seats.

Earlier reports had stated that Bincy would support the LDF. Following this Thiruvanchoor Radhakrishnan and Oommen Chandy intervened. As a result she agreed to support UDF.

LDF had won 22 seats in the 52-seat municipality including that of one independent. UDF won 21 seats and NDA won 8 seats. With Bincy’s support, UDF also reached 22 seats. As LDF and UDF have equal number of seats, the ruling front will be decided through a toss.

CPM not reluctant to befriend any devil, slams VD Satheesan