Minister R Bindu put on defensive over reappointment of vice-chancellor

Minister R Bindu had written a letter to Governor Arif Mohammed Khan seeking the re-appointment of Dr Gopinath Raveendran as Vice-Chancellor of Kannur University on November 22, 2021. 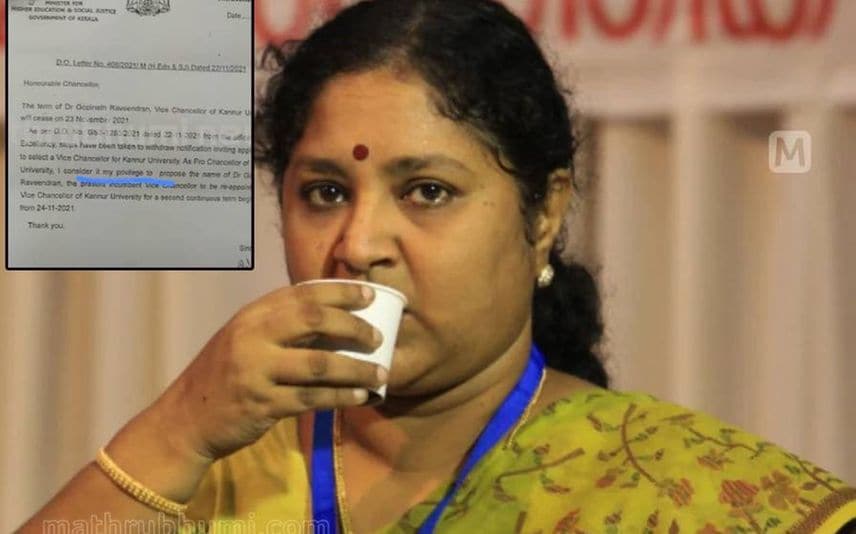 Thiruvananthapuram: Minister of Higher Education R Bindu has been put on the defensive over the reappointment of vice-chancellor in Kannur University.

The letter sent by R Bindu to Governor Arif Mohammad Khan requesting to reappoint Dr Gopinath Raveendran as the vice-chancellor of Kannur University was by exerting the privileges that she doesn’t have.

In the letter, the minister, by using the title of pro-chancellor, urged to reappoint the VC considering his academic excellence. However, it is learned that as per the 1996 Kannur University rule and the University statute, the pro-chancellor does not have such a privilege.

As per the Kannur University rule, the Higher Education Minister is not given any such privilege as the pro-chancellor, but can exercise the duties in the absence of the chancellor.

Minister R Bindu had written a letter to Governor Arif Mohammed Khan seeking reappointment of Dr Gopinath Raveendran as Vice-Chancellor of Kannur University on November 22, 2021. The letter was sent just a day before the last date of his tenure as VC. The minister also asked to halt the proceedings of the selection committee that was appointed to find a new VC.

During the tenure of as Dr Gopinath the vice-chancellor, the university had performed well in its academic domain. The university also stood out in the NAAC accreditation, the minister wrote in the letter.