Ration shops opened on Sunday in the wake of national strike 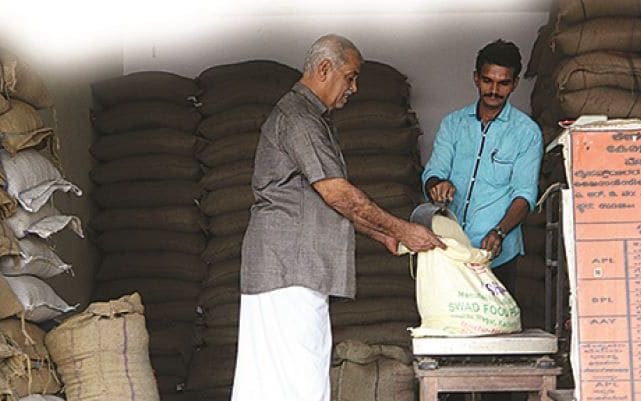 Palakkad: Ration shop owners' organisations had said that the ration shops will not be opened on Sunday in the wake of the nationwide strike on Monday and Tuesday. But with the opening of shops in the Thiruvananthapuram and Alappuzha districts, many of the hesitant traders were ready to end their protest and start the business.

Of the 13,999 ration shops in the state, 10,028 were open on Sunday, informed the Public Distribution Department officials. Food and Public Distribution Minister GR Anil had directed that shops be opened on Sunday to provide rations to the people as there was a nationwide strike on March 28 and 29. But, the traders' organisations said that they had not given any notice about their involvement in the strike, therefore the shop would not be opened on Sunday.

With this, the minister and departmental officials warned of strict action against the traders if they did not comply with the order. Besides, the customers also asked the owners to open the shops.

Ration outlets to provide more services, 1000 K-Stores to be launched in first phase