Ratheesh back home; Kottayam family welcomes their cat after 2 years 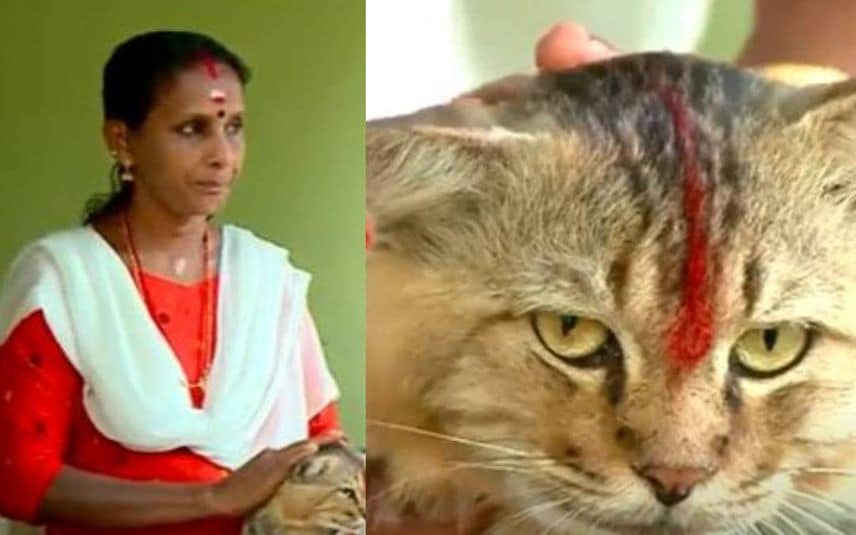 Surprising all, a cat named 'Ratheesh' that went missing from a house near Pariyaram during the Covid lockdown returned to its owners after two years.
Usha, the housewife, was left heartbroken when her cat Ratheesh was found missing in 2020. She had brought Ratheesh to her home in 2016 and developed a strong bond with it fastly. Since then, he was an indispensable part of her life, not to mention his husband Raju, and two children. Ratheesh, the name was adopted based on a famous dialogue from the movie 'Kattapanayile Hrithik Roshan.'

In 2017, Ratheesh met with a tragedy after injuring his leg in a vehicle accident. Later, the family spent Rs 6000 for surgery on his leg. In 2020, during Covid Pandemic, he disappeared one day and was never found again. Ratheesh's absence left a void in the house.

However, he returned to a neighbour's house during the Onam weekend. The cat failed to identify his owners despite the family trying to catch his attention by calling him by his name. But he later came sniffing around after recognising Usha and the rest of the family. Usha said that they fed the cat rice and fish. The story of Ratheesh went viral on social media after neighbours shared a Facebook post informing the curious incident.

They behaved as if they had some grudge against my father, says girl over ...