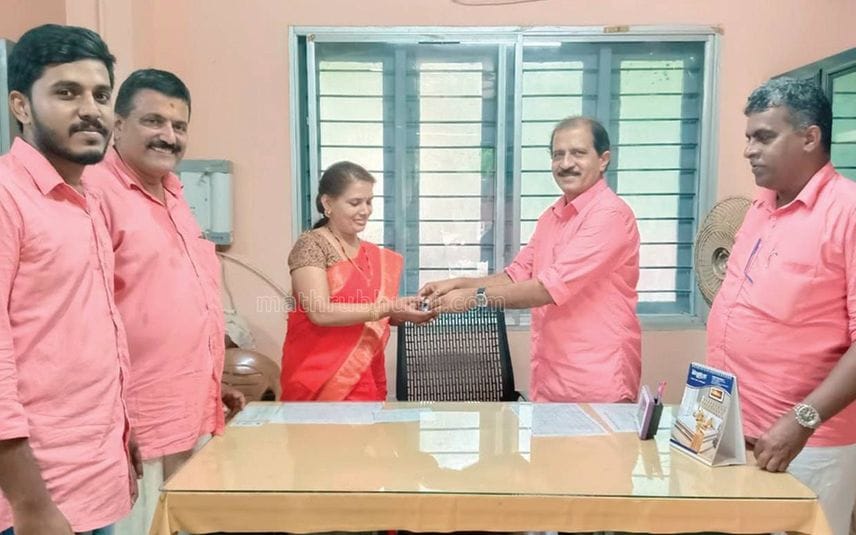 Krishnalal handing over keys to Sujatha

Palakkad: In an interesting incident at the Panamanna UP school here, a man retired as head master of the school the day his wife assumed the same position. The school witnessed rare transfer of charge of the Kothakurussi couple K Krishnalal and K Sujatha on Tuesday 5 PM. Literally, the husband handed over all responsibilities, including the keys, to his wife!

56-year-old Krishnanlal has been associated with the school for over three decades. He worked there as Science teacher for 37 years. One year ago, he became the head master. While his wife Sujatha, 50, has been working in the school as English teacher since 30 years. Interestingly, the school authorities decided to replace Sujatha on Krishnanlal’s retirement.

According to V Sreehari, manager and a teacher at the school, the duo’s family has a special bond with the school. Even Krishnanlal’s mother Komalavalli was a Hindi teacher with the school.