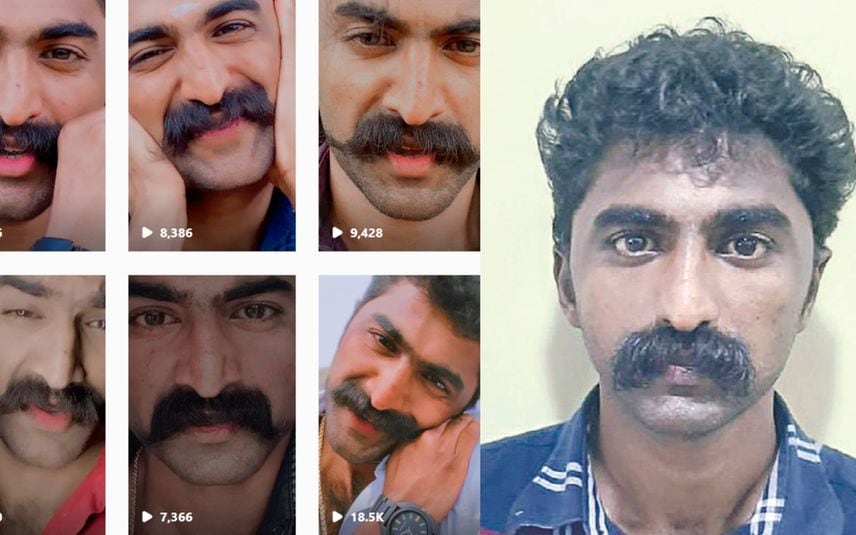 Thiruvananthapuram: Vineeth (25), a native of Vellalloor, known for his 'moustache reels' on Instagram, has been arrested by police in a rape case. He is booked on a complaint lodged by a college student.

According to the complaint, the girl who was in friendship with Vineeth asked her to accompany him for buying a new car. She went with him and was later taken to a hotel, where she was raped.

According to police, Vineeth used his fame and fan base from viral videos to establish relationship with women. He claimed that he was a cop but resigned due to some issues and joined a private TV channel. However, police found that these claims were fake and he has no job.

The police said Vineeth used to approach women offering tactics to improve the performance of their Instagram videos. The officials also found that he has been storing screenshots of chats and visuals of the private conversation he had with them. They are probing whether Vineeth has misused visuals in his possession to trap anyone. Vineeth had earlier booked in cases including theft and affray, said an official.