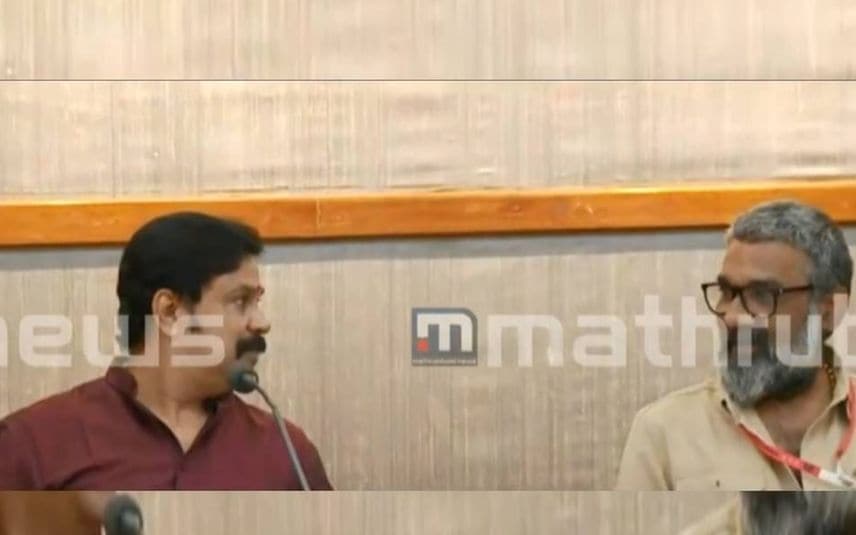 Kochi: After inviting the sexual assault survivor onto the stage of IFFK 2022, Kerala State Chalachitra Academy chairman Ranjith shared a dais with actor Dileep, who is an accused in the case. They appeared in a programme of Film Exhibitors United Organisation of Kerala (FEUOK) on Thursday here.

After the IFFK inaugural ceremony, which the survivor attended, Ranjith was criticised for his visit to the Aluva sub-jail to meet Dileep when he was remanded in the case in 2017. However, the director claimed that he never said anything in support of the accused, and his visit was 'coincidental'.

Meanwhile, during the event, Dileep praised Ranjith as the 'best fit' to head the Academy. Ranjith said that he has brought the issues of the theatre owners in front of the government. Kerala Cultural Welfare Development Board chairman Madhupal also attended the meeting.