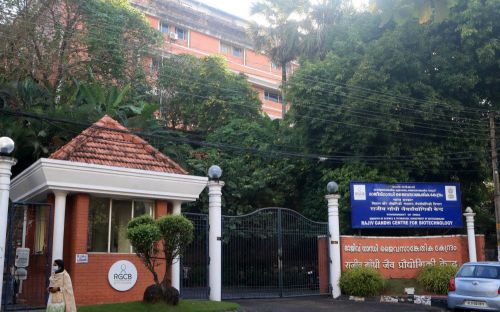 Kalpetta: The Rajiv Gandhi Centre for Biotechnology (RGCB) has launched a major project to support the traditional enterprises of tribal communities in Kerala's Wayanad district, as part of the Government of India's Science Heritage Research Initiative (SHRI) to preserve the country's rich tribal heritage and ethnic knowledge.

The major objective of the project is to protect the rich tribal heritage through various scientific interventions with the participation of tribal communities, an official release said.

As part of the participatory approach, tribal self help groups were formed in identified locations of Wayanad District, where the resources were available and the communities were interested to revamp their tradition and heritage.

Taking the project forward, RGCB Director Prof Chandrabhas Narayana inaugurated a lemongrass oil extraction unit at Valad in Thavinjal Panchayat and a paddy processing unit at Peechamkode in Vellamunda Panchayat over the week-end.

Lemongrass oil extraction has been a long-standing enterprise among the tribal communities of Kerala, who reside near the grassland areas of Wayanad and Idukki.

Professor Narayana said by introducing the steam distillation system, the process of extraction becomes more effective, and the unit members will get better economic returns to improve their quality of life.

Haritha Lemon Grass oil Unit, the SHG has been formed for running the unit and RGCB's Project Team supported the group by setting up a work-shed and providing advanced machinery.

Based out of Thiruvananthapuram, RGCB is an autonomous institution under the Department of Biotechnology, Government of India. The RGCB's initiative will directly benefit 40 tribal families, and the unit is expected to become a successful business model for community enterprises, the release said.

The RGCB supports them, to cultivate the traditional paddy varieties around 7 hectares of land and create a gene bank of 19 traditional varieties.

The Project Team provides traditional paddy seeds, a common facility centre and paddy processing machines with rubber-bushed hullers. The unit was inaugurated by Narayana at Peechamkode. Narayana also released the 'Gau Mithra App' on cattle diseases and their traditional cures, developed by RGCB's Tribal Heritage Project team, at a function held at the Paramoola Kurichya tribal family at Peechamkode.

The 'Gau Mithra' app carries information regarding as many as 16 illnesses cattle are prone to, and the traditional cures for them.

The ethno-veterinary app encapsulates a wide range of orally transmitted ethnic knowledge and practices relating to livestock diseases and cures, gathered from the tribal communities of Idukki and Wayanad districts. PTI

Kalpetta: The Rajiv Gandhi Centre for Biotechnology (RGCB) has launched a major project to support the traditional enterprises of tribal communities in ..