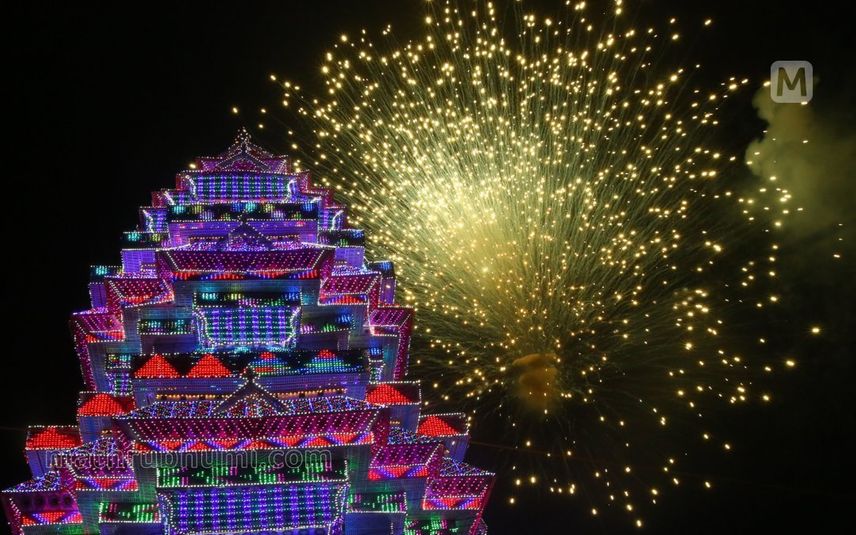 Thrissur: The much-anticipated firework display of the Thrissur Pooram scheduled for Tuesday was postponed due to heavy rain in Thrissur in the wee hours of Wednesday. The firework display could not be held at 7 pm on Wednesday. Meanwhile, the temple rituals as part of the event will be followed without delay.

Both Thiruvambadi and Paramekkavu factions decided to change the firework display after Thrissur witnessed heavy rains on Tuesday evening. It was raining even during the Kudamattam events. Though the preparations for the fireworks were completed, it was decided to be postponed.