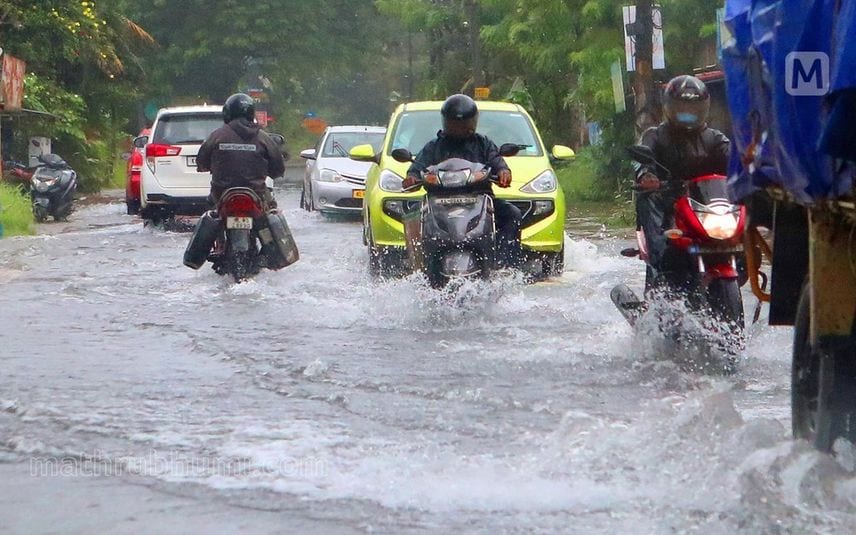 Thiruvananthapuram/Pathanamthitta: The India Meteorological Department (IMD) sounded an orange alert in 12 districts for Thursday indicating a decrease in the intensity of the rains hitting the southern state.

On Wednesday, IMD at 12 PM withdrew the Red alert from the state and issued Orange alert for the day in all the districts barring Thiruvananthapuram, Kollam and Kasaragod where Yellow alerts have been issued.

The Red alert issued in the state for August 4 was withdrawn while Orange alert was issued in 12 districts for Thursday, according to an IMD district rainfall forecast issued for Kerala at 10 AM.

During the day, the state government, in a release, said that water in six dams -- Ponmudi, Lower Periyar, Kallarkutty, Erattayar and Kundala in Idukki and Moozhiyar in Pathanamthitta districts -- in the state have reached red alert storage levels.

The water in Idukki and Peringalkuthu dams have reached blue and yellow storage alert levels, respectively, it further said.

Two deaths, of a student and a 75-year-old man, were reported from Kottayam district during the day.

According to officials, the student drowned while bathing in a stream with his friends and the man had gone missing when he went to take a bath in a nearby waterbody and his body was found later.

Meanwhile, the bodies of two fishermen, who went missing off the coast of Thrissur near Chetua harbour on Tuesday, were found two nautical miles away in the sea by the Indian Coast Guard during its search operations.

As rains continued in Kerala, Chief Minister Pinarayi Vijayan directed that arrangements be made for the safety of tourists affected or stranded due to the heavy rainfall in various parts of the state.

The directive by the Chief Minister was given in a meeting of District Collectors convened by him where he also said there was no need to evacuate people in tourism centres and resorts if there was no dangerous situation there.

Earlier in the day, state Revenue Minister K Rajan said that people should strictly avoid going to areas which are inundated or flooded as part of a growing trend of "flood tourism" and warned that police would be used to remove such persons.

Speaking to reporters at Pathanamthitta, the minister said there is a growing trend among people to visit areas which are flooded and try to enter the waters there or catch fish and the same should be avoided as it creates an additional burden on the authorities carrying out relief and rescue operations.

He gave the example of an elephant being stranded for hours in the Chalakudy river on Tuesday morning, news reports of which led to a large number of people arriving at that place and creating a problem for the local authorities.

"Such activities in flooded areas would not be permitted at all and if necessary, police assistance would be sought to remove such persons," he said.

On evacuating people from disaster-prone areas, he said that according to guidelines in the Orange Book such people have to be mandatorily relocated.

The Orange Book is a handbook released by the state government that has details of standard operating procedures (SOPs) to be followed by various departments during natural calamities.

Rajan said the state government has taken all necessary steps, like setting up relief camps, so that there is no loss of life and people can comfortably wait out the rains.

The minister also said that there was no need to be concerned about the flood-prone low-lying Kuttanad area of the state, but the authorities were monitoring the situation there.

About 178 relief camps have been set up in various districts of the state and 5,168 people have been relocated there from disaster-hit or disaster-prone areas, the government said in a release.

Twelve persons had died in rain-related incidents between July 31 to August 2, according to the Kerala State Emergency Operations Centre (KSEOC).

Besides that, three people have also gone missing from various parts of the state during the day, it said on Tuesday.