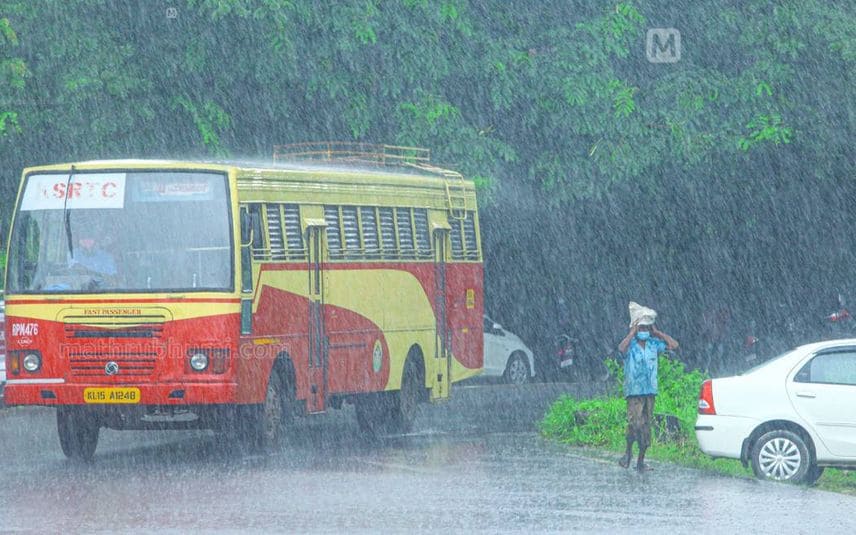 On Sunday and Monday, an orange alert is issued in Thiruvananthapuram, Kollam, Pathanamthitta, Kottayam and Idukki. Also, a yellow alert is sounded in Alappuzha, Ernakulam, Thrissur, Palakkad and Malappuram districts on Sunday.

Pathanamthitta, Kottayam, Idukki, Palakkad, Kozhikode and Wayanad districts are placed under orange alert on Tuesday. The authorities have banned fishing in Kerala and Lakshadweep coasts till November 3. Heavy rain is likely in hilly regions.

Low pressure formed over southwest of the Bay of Bengal moved westwards and is currently seen above Sri Lanka and near Tamil Nadu coast. It is likely to continue moving westwards in the next 3-4 days causing heavy rainfall in Kerala.