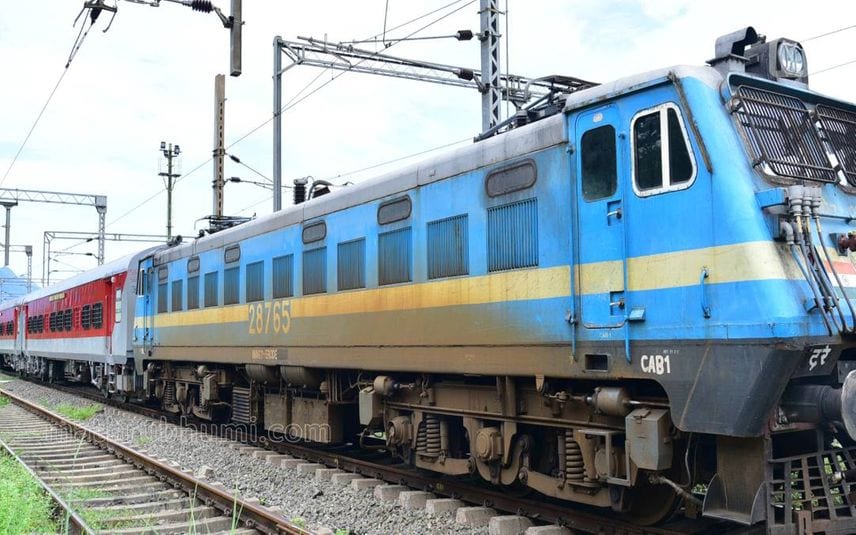 Kochi: The Southern Railways has expedited its efforts to increase the maximum permissible speed of trains running in Kerala to 160 kmph.

It will call tender for the LiDAR (Light Detection and Ranging) survey on January 31.

Currently, trains in Kerala are running at an average speed of 90 to 100 kmph . However, in certain areas, the speed range can go up to 130 kmph too.

The plan is to increase the speed of the trains by reducing curves and strengthening bridges and culverts in the railway line.

In December, a top-level team of Southern Railways, evaluated the progress and possibilities of various rail projects implemented in the state.

In addition, a two-day inspection was also held from Thiruvananthapuram to Palakkad. The railways reportedly are scheming developments for the next 60 years.

Light Detection and Ranging (LiDAR) survey relays on the remote sensing method, which provides clear pictures of the earth's surfaces. It will deploy a laser unit, scanner, GPS receiver and camera.

The LiDAR technology is now being widely used for determining the alignments of new rail projects as it can be completed more quickly than traditional surveys.

Railways announce 20 special trains to Kerala for festival season; only one to Malabar