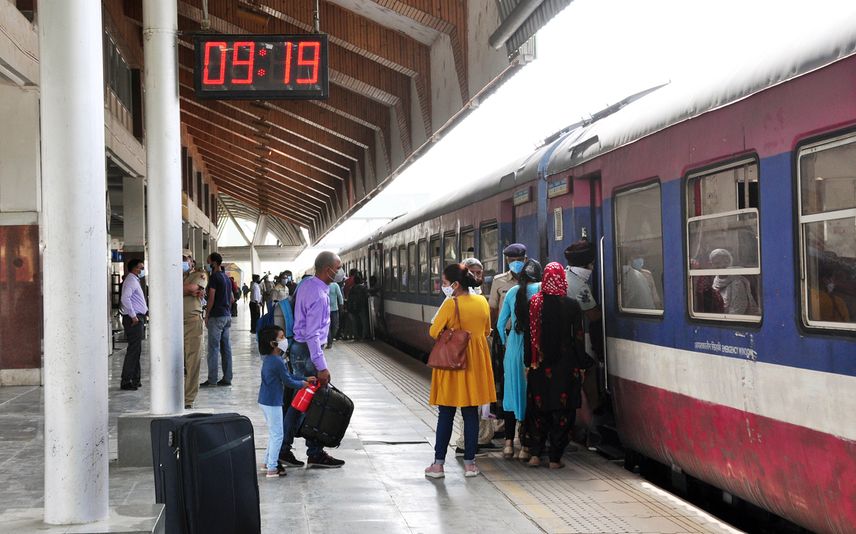 Kollam: The Indian Railway Board introduced strict restrictions in authorising new stops for mail and express trains. The Board has decided to allow stops only at the railway stations which generate an income of at least Rs 16,672 to Rs 22,442. The steep increase in the expense on stopping a train at a station and resuming the journey has urged the Board to come up with the decision.

It is estimated that the railway has been incurring an expense from Rs 16,672 to Rs 22,442 when a mail or express train stops at a station. The expense has been calculated by estimating the loss of fuel, in addition, to wear and tear. The expense for the same was from Rs 4,376 to Rs 5,396 as per the data in 2005. An expense of Rs 22,442 has been expected on halting an express train with 22 coaches, due to the surge in the cost of fuel and spare parts. The expense will decline with the decrease in the number of coaches.

The Board has prepared a new Stoppage Policy by considering the new data revealed by the Research Design and Standard Organisation (RDSO) and sent it to all the zonal railway general managers. The stoppage policy will result in the cancellation of 70 to 80 per cent stops in Kerala for the mail and express trains. The officials have confirmed that the already existing stops will not be affected by the new policy. However, the policy will affect the restoration of those stops which halted during the period of Covid 19.

Along with the revenue, the new stops would be granted by considering the significance of each station and the facilities available to stop the train at the main line also, said the chairman of Passenger Amenities Committee PK Krishnadas. The Board will consider the requests submitted to restore the stops prior to the pandemic, he added.