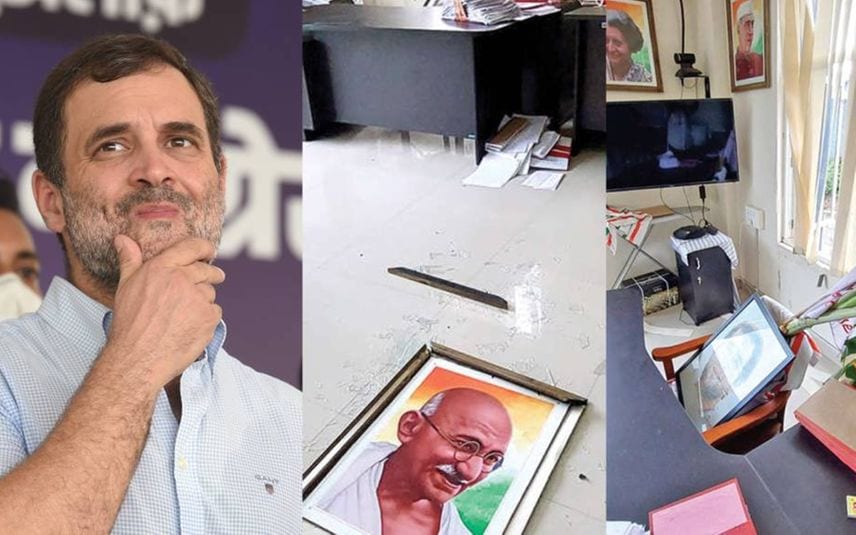 Thiruvananthapuram: Congress leaders slammed the SFI attack at MP Rahul Gandhi’s office in Wayanad on Friday and said it was a move to impress Sangh Parivar and Modi.

Meanwhile, Rahul Gandhi will arrive in Wayanad on June 30 for a three-day visit. Rajul’s visit to Wayanad was scheduled earlier before the attack.

In the backdrop of the attack, opposition leader VD Satheesan condemned the attack on Rahul’s office as the second advance from the LDF-led government to erupt violence in the state. “At first, they propagated that our two youth activists had attempted to murder the Chief Minister. Following this, they freed all the criminals in the state to open attacks against the party offices, including KPCC office. They even demolished the statue of Mahatma Gandhi. The attack on Rahul Gandhi’s office was the second attempt to intimidate Congress. By this, CPM is attempting to extend support for BJP’s agenda to target Rahul,” said Satheesan.

AICC general secretary KC Venugopal alleged that the CPM unit in Kerala has many agendas and currently it is their necessity to please the Centre.