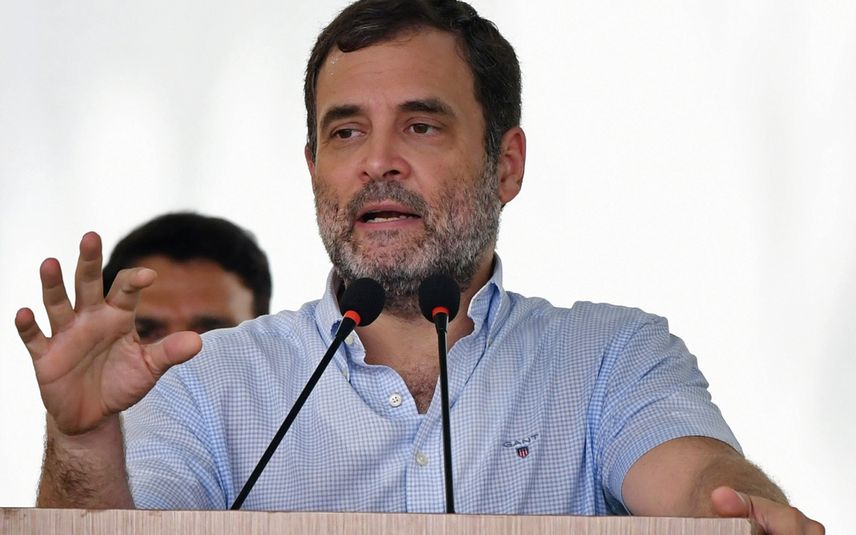 Malappuram:Congress leader Rahul Gandhi on Saturday launched a broadside against the BJP and Kerala's ruling CPM alleging there was an 'understanding' between the two parties and that was the reason why Chief Minister Pinarayi Vijayan was not questioned by the central agencies.

In an apparent reference to the allegations that have cropped up against the CM and his family members in the gold smuggling case, Gandhi said it was quite clear the parties who oppose the BJP face the Enforcement Directorate (ED). While he was questioned by the ED for five days, Vijayan was spared, Gandhi said in an apparent reference to the central agency grilling him last month over the National Herald money laundering case.

"The Government of India, which has ED, CBI, which uses these instruments against anybody who opposes them...why is that they are not using it against the chief minister of Kerala. Because there is an understanding by the BJP and CPM. BJP is very happy with them", Gandhi charged while addressing a Congress meeting organised in Wandoor which comes under his Wayanad Parliamentary constituency.

The former Congress president alleged Prime Minister Narendra Modi and the BJP think that they can frighten the people who do not agree with their ideology.

"The BJP thinks that by interrogating me for five days, asking the same questions again and again and again for 55 to 60 hours, I will get worried. There cannot be a bigger joke than this", he said, adding that "we are not scared of these people".

Gandhi also said he viewed his five days interrogation like a medal.

The Congress leader also took on the state government on the issue of the one-kilometre Eco-Sensitive Zone (ESZ) around all wildlife sanctuaries and national parks and said the UDF will fight the government tooth and nail and ensure not a single inhabitant in such an areas faced any difficulties.

He also urged the chief minister to "stop trying to confuse" the people over the issue.

"Our stand is very clear. We are not going to allow the buffer zone to include inhabited areas", Gandhi added.