The Puttingal fire accident took place on April 10, 2016. The charge sheet submitted now has given a clean chit to all the officials involved. 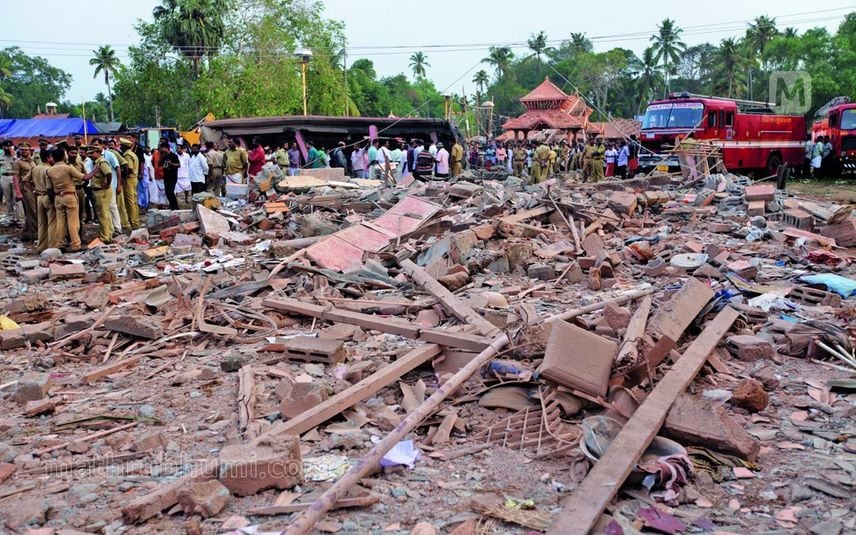 Kollam: Crime branch has submitted the charge sheet in Puttingal fire accident. 52 people have been listed as accused including the temple administrative committee members. The charge sheet, which was submitted in Kollam Paravur court, stated that they collected more than enough amount of gun powder despite being aware that there was a possibility of an accident.

The Puttingal fire accident took place on April 10, 2016. The charge sheet submitted now has given a clean chit to all the officials involved.

Crime branch stated that temple authorities and festival organisers are the main accused in the tragedy. They were aware that keeping such a large amount of gun powder could lead to a tragedy. Officers had warned them not to conduct such massive fireworks both officially and unofficially. However, neither the festival organisers nor the temple authorities heeded to this. That is how the tragedy took place, the report said.

The charge sheet was submitted by Alappuzha SP PS Sabu, who headed the crime branch team. The judicial commission had observed earlier that officials were also at fault in this case. However, these observations were not included in the charge sheet.